Pecan pie cheesecake bars are made with a graham cracker crust. Then, we top it with a smooth cream cheese filling. And finally, the top layer is a pecan pie caramel topping! These bars are DIVINE! 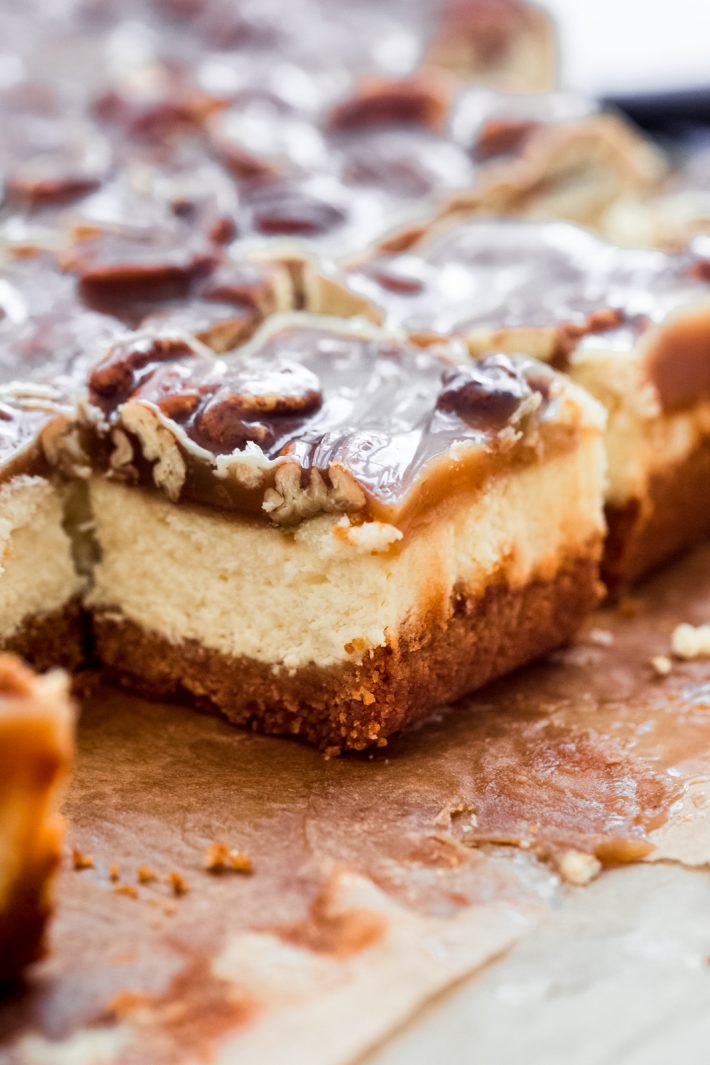 Hold the phone; these pecan pie cheesecake bars are now officially my favorite dessert of all time!

I mean, we’re talking about a graham cracker crust scented with cinnamon and a hint of sugar that we topped with a creamy, dreamy cheesecake filling and the top layer is a pecan pie filling. I’ve never met a cheesecake I didn’t love, but these pecan pie cheesecake bars take my obsession to a whole new level!

I can’t tell you how many times I’ve tested this recipe. I mean, last I remember I went through about 8 pounds of cheesecake and more than sixteen sticks of butter! But every little of it was worth it. Nevermind the fact that I have enough pecan pie cheesecake bars in the freezer to feed the entire neighborhood.

I am not complaining! 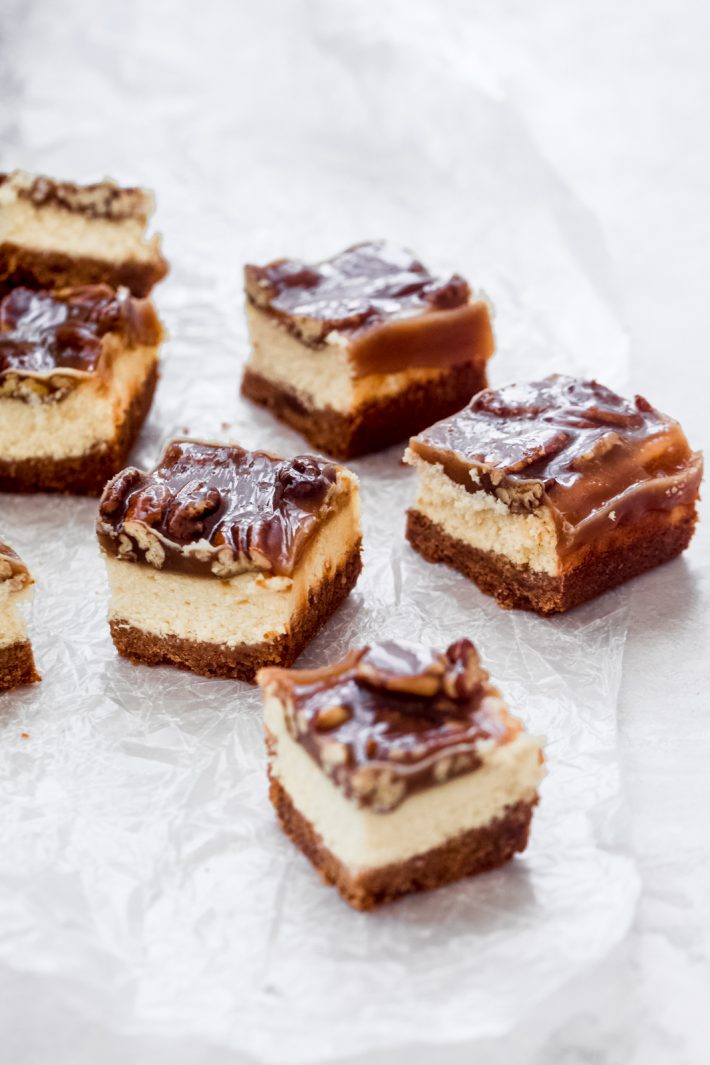 Can I tell you a secret? I meant to get these pecan pie cheesecake bars out to you in time for you to make for your Thanksgiving spread. But I wanted to be absolutely sure that the caramel layer would set, so instead of prematurely sharing the recipe, I went ahead and tested it one more time with a bit of tweaking to make sure the bars hold. So if you’re looking for the perfect Christmas dessert, these pecan pie cheesecake bars are it. A nice change of pace from the traditional pecan pie, that’s for sure!

Moving along, how many ways are there to make a cheesecake? I don’t know, but please don’t mind if I decide to try them all out. I’ve tried making a small cheesecake in the instant pot. I’ve made cheesecake stuffed sopapilla bars, blueberry cheesecake french toast happened, and I even managed to make chai cheesecake muffins! 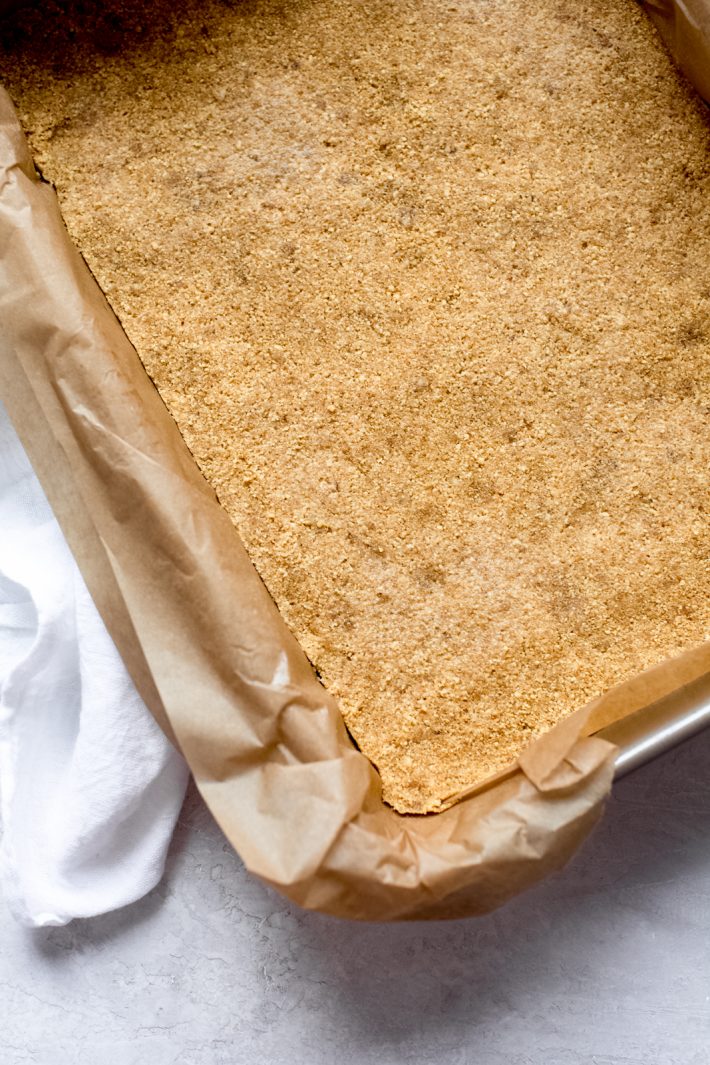 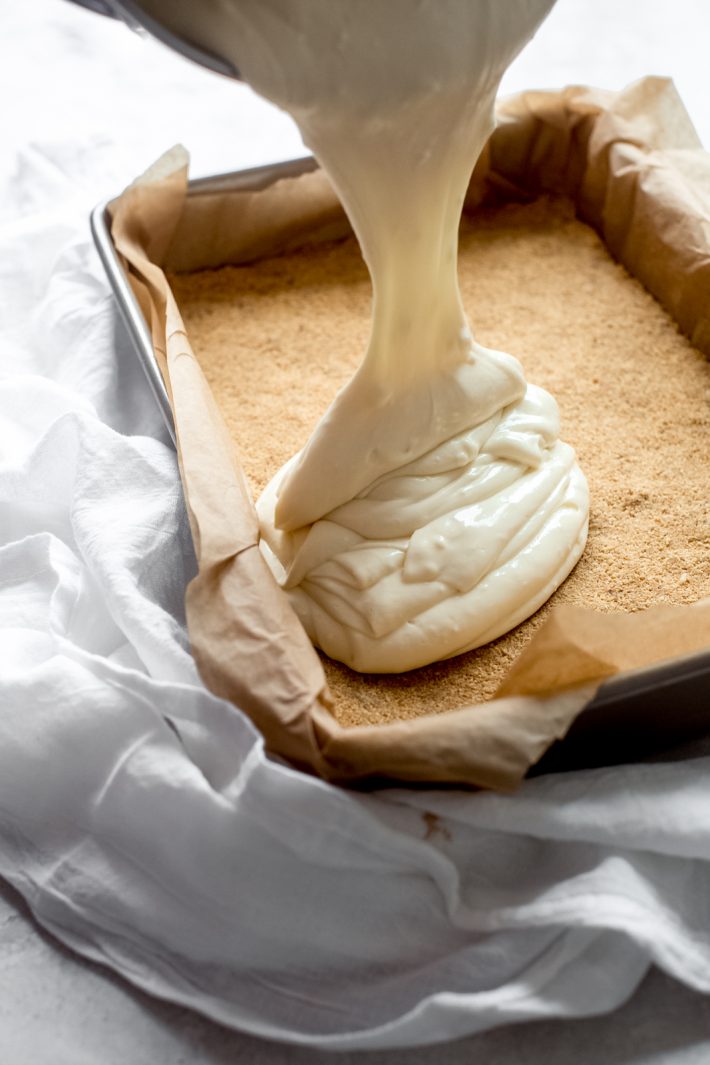 HOW TO MAKE THE BEST PECAN PIE CHEESECAKE BARS: 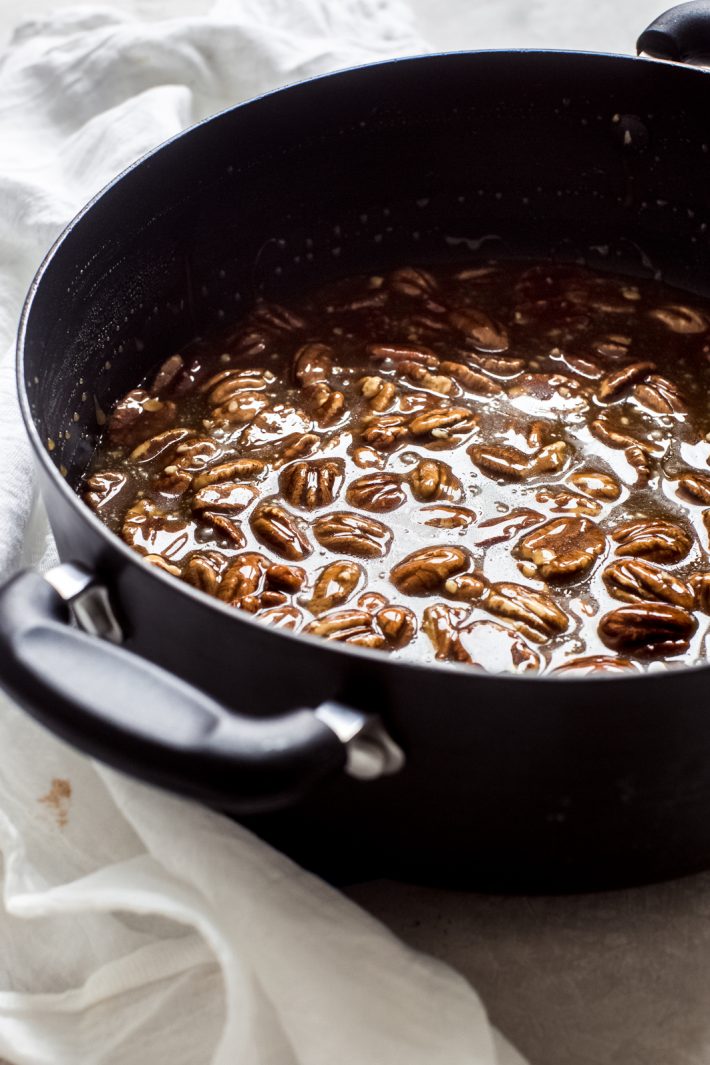 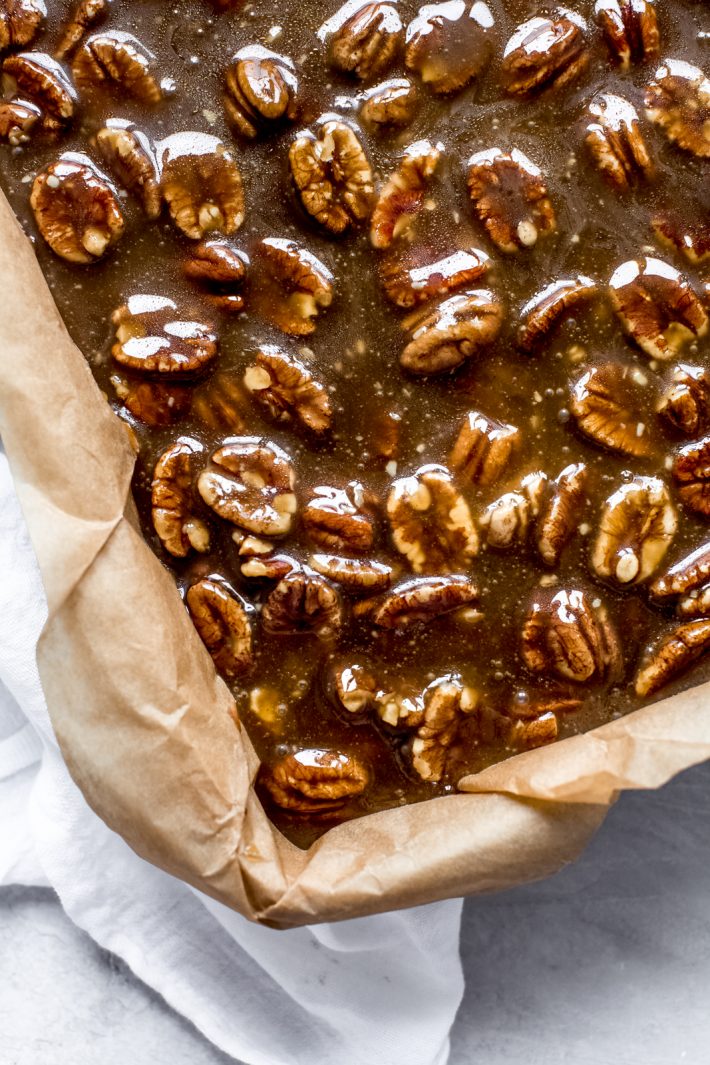 HOW FAR IN ADVANCE CAN I MAKE PECAN PIE CHEESECAKE BARS?

The thing I love most about this recipe is that you can make these pecan pie cheesecake bars up to 4 days in advance. I find that cheesecake most often tastes better the day after it was made, so this is the ideal make-ahead dessert recipe!

HOW LONG WILL THESE PECAN PIE CHEESECAKE BARS LAST?

I mean, if you have any left, you can store them covered in the refrigerator for up to one week. But I highly doubt you’ll have nay for that long! 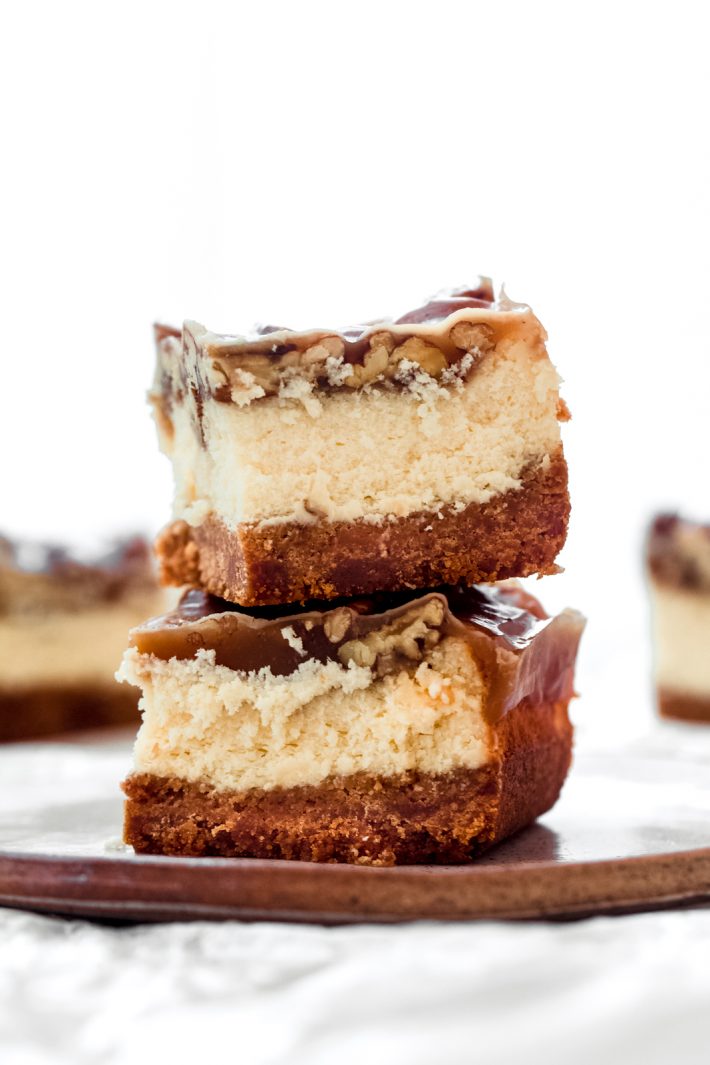 HOW DO I CUT CLEAN BARS?

To make clean cuts, I suggest using a very sharp knife and wiping the blade on a piece of paper towel in between cuts.

CAN I FREEZE THESE BARS?

Yes, you can! We have a large batch stored in the freezer, and when you’re ready to eat, you can do a quick 15-20 second zap in the microwave or allow them to defrost in the refrigerator overnight! These pecan pie cheesecake bars are super low maintenance!

I really hope you won’t let this year go by without trying my favorite dessert – seriously though, and this is by far the best dessert I’ve ever made! 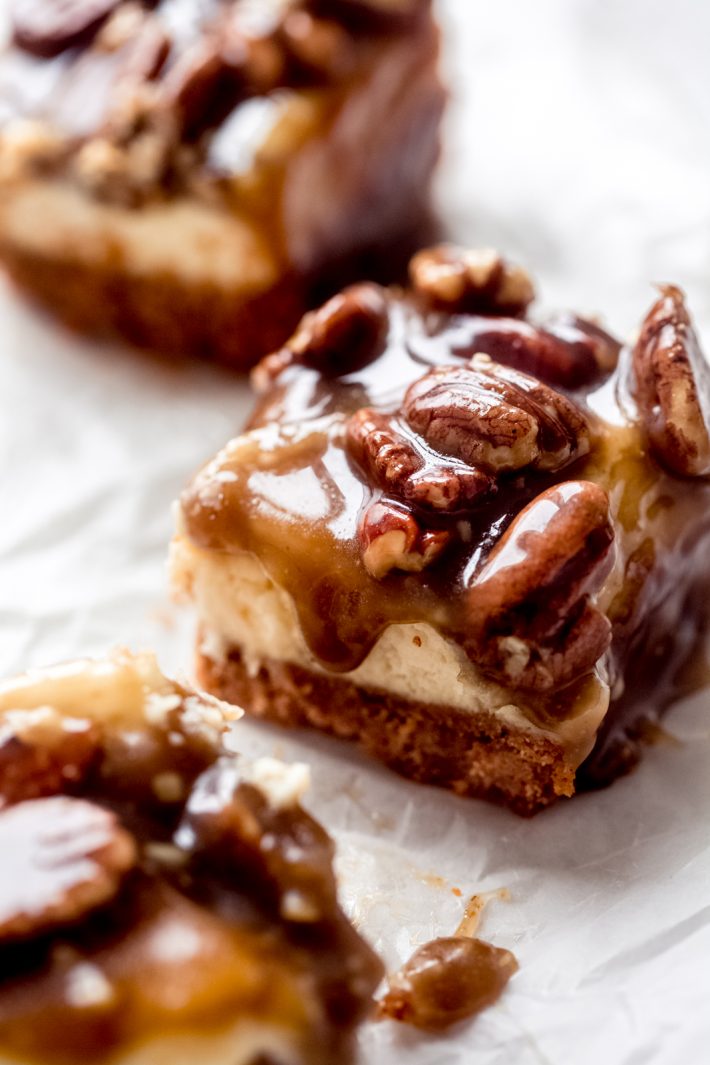 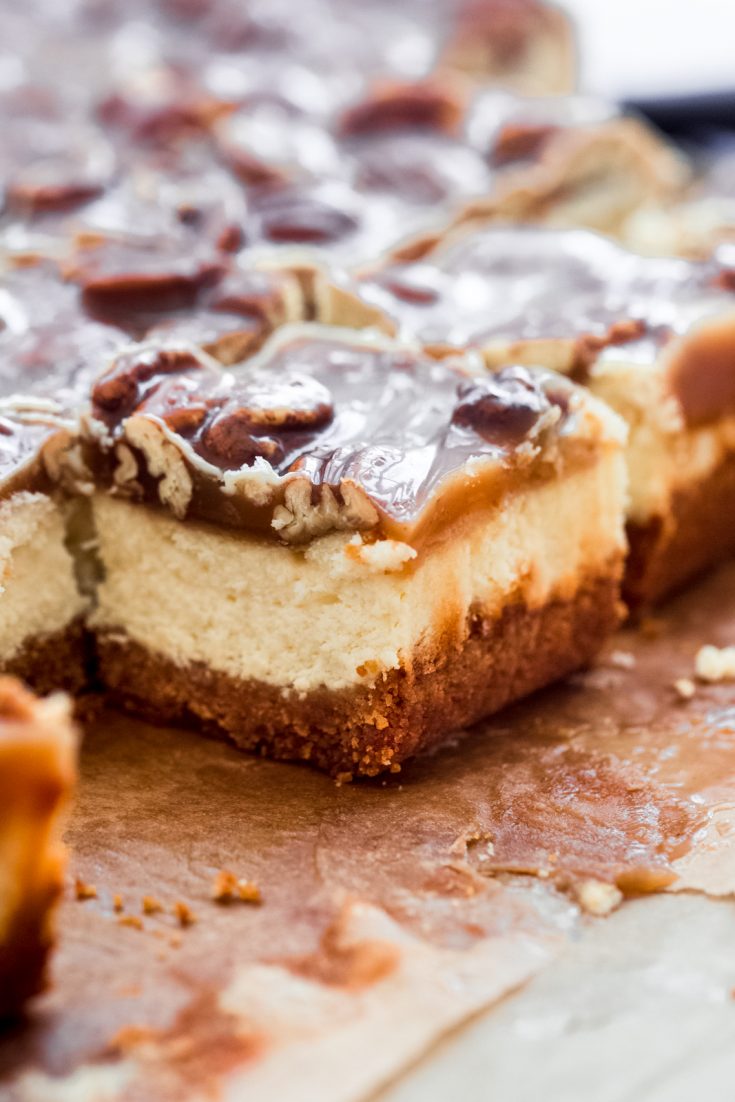