An easy recipe for buttermilk pumpkin waffles. These buttermilk waffles are crisp on the outside and loaded with fall flavor! Great for Sunday breakfast! 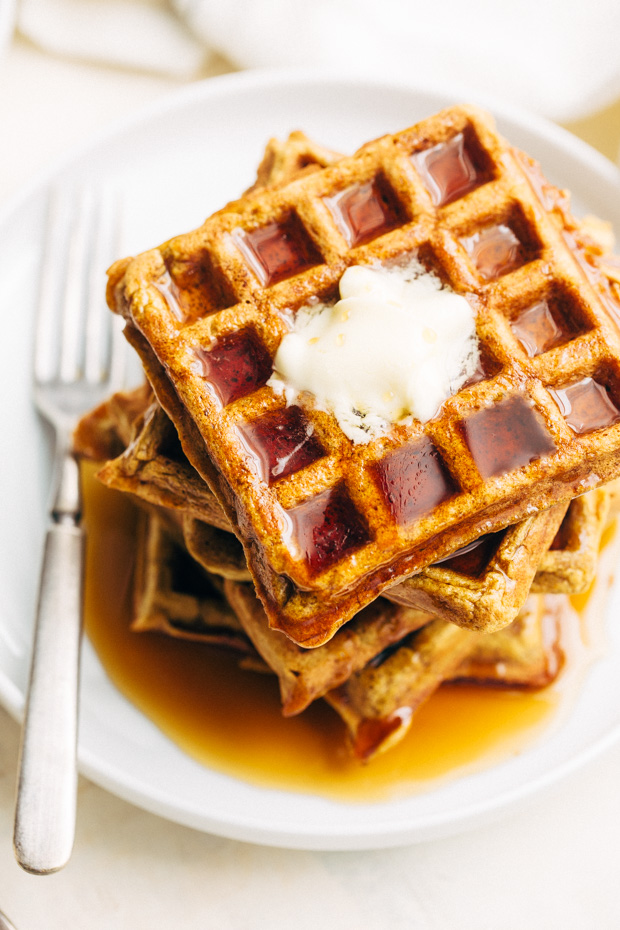 We’re talking about the most delicious, fluffy spiced pumpkin waffles you’ve ever had. This is what the weekends are all about. While you take a back seat on life and just let these buttery waffles guide the way. A generous pat of butter and real maple syrup just cascading off the sides. If we are anything alike, you certainly don’t need a lot of convincing when it comes to pumpkin-anything but these waffles? Can we just say that they are re-donkulous.

Sunday mornings in this house are all about leisure if/when possible. Between the hustle and bustle of the week it’s important to take out a little time for yourself. You know, an extra cup of coffee while you’ve got your favorite morning Spotify playlist on in the background, just enjoying the last few minutes of zen time before the chaos hits. Or just allowing yourself to let your mind wander while you whip up a quick batch of the fluffiest whole wheat pancakes because you’re one of those people that finds the art of cooking to be soothing.

When the weather starts to turn cold and gloomy, these pumpkin waffles almost always make an appearance in our home. 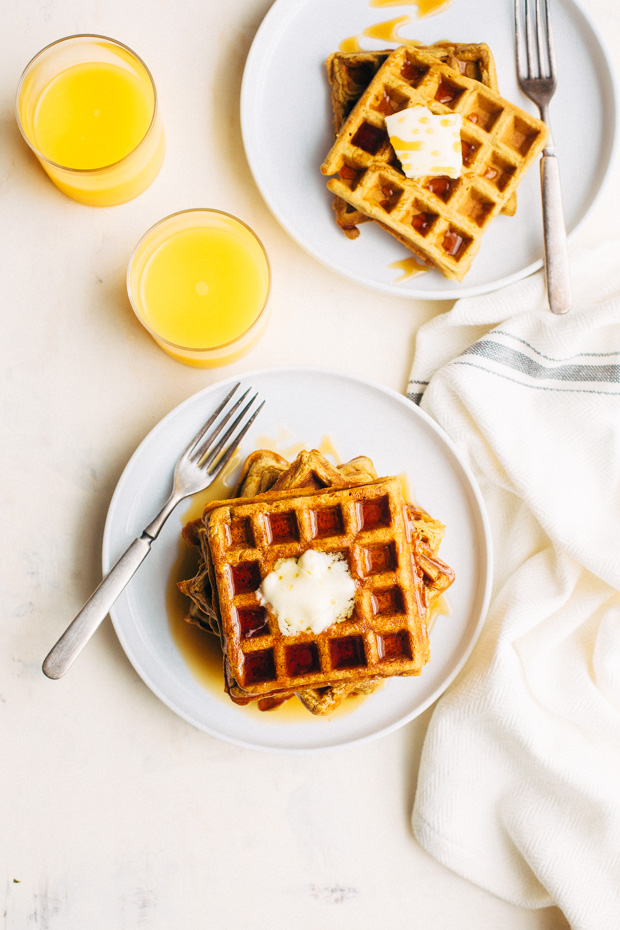 I realized the other day that though we make waffles on the regular here, i’ve never really shared a waffle recipe with you.

When we first got married, I purchased a super cheap $10 waffle iron from Macy’s on Black Friday. The thing made some pretty, shall we say, interesting looking waffles. Something was seriously wrong with the heating element because the thing had horrible hotspots. But no matter. This was around the time when everybody and their mama was using store-bought brownie mix to make brownie waffles in the waffle iron. Seriously though. Have you tried it? ILYSB. Especially with a mound of vanilla ice cream on top and a sprinkle of sliced almonds for a little crunch. You make my LIFE.

Over the years, I managed to make that rickety waffle iron work because my love for waffles is just a bit ludicrious. But a few months back I finally caved and invested in a real, adult waffle maker. And man, never have I felt so guilty cheating on my other number 1 kitchen appliance, the electric pressure cooker.

Don’t make me choose which one I love more. It’s too hard. 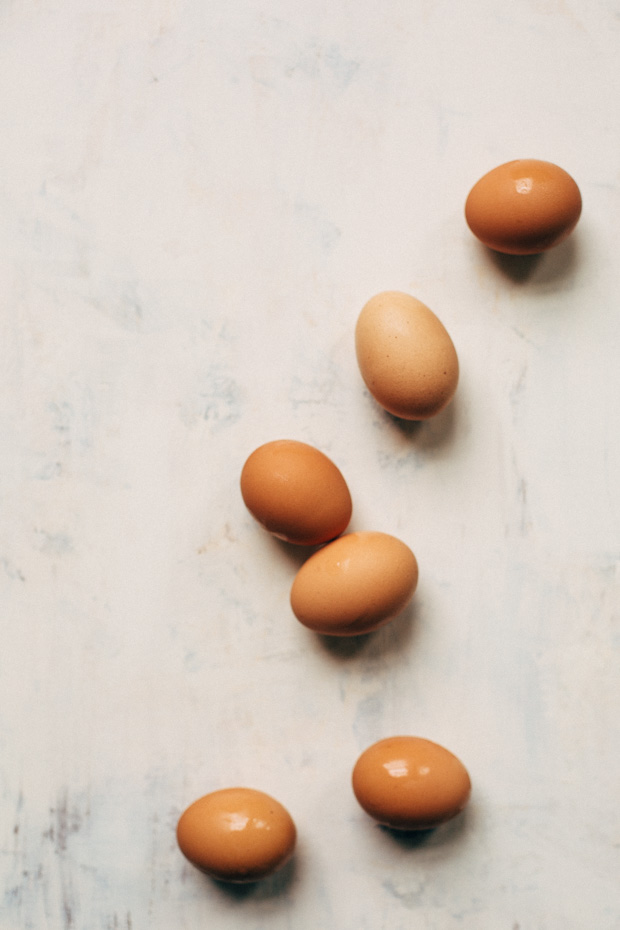 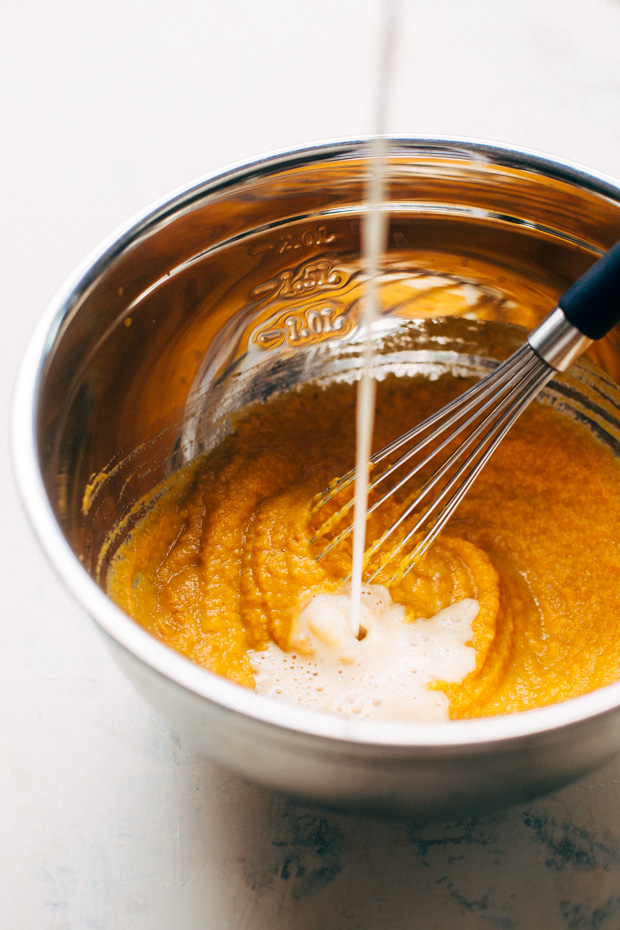 Let’s talk pumpkin waffles. This is seriously my absolute favorite way to make waffles in the cooler months. Adding cinnamon, nutmeg, ginger, and vanilla all adds so much warmth to the weekend breakfast scene. These waffles are golden brown on the outside with crisp edges and tender centers. They’re fluffy and packed with so much autumn flavor in every bite.

My homemade waffle recipe is as simple as it gets. In a medium bowl we’ll combine all of the dry ingredients. A little flour, baking soda, baking powder, salt, brown sugar, cinnamon, ground ginger, and ground nutmeg. Give it a whisk.

In a large bowl we’ll whisk together three eggs, melted butter, buttermilk, pumpkin puree, and vanilla. Then it’s as simple as adding the dry ingredients to the wet ones and combining with a rubber spatula until *JUST* mixed. Keep in mind, the more you mix, the tougher the final product so don’t overwork that batter!

A couple things to keep in mind when making buttermilk pumpkin waffles: 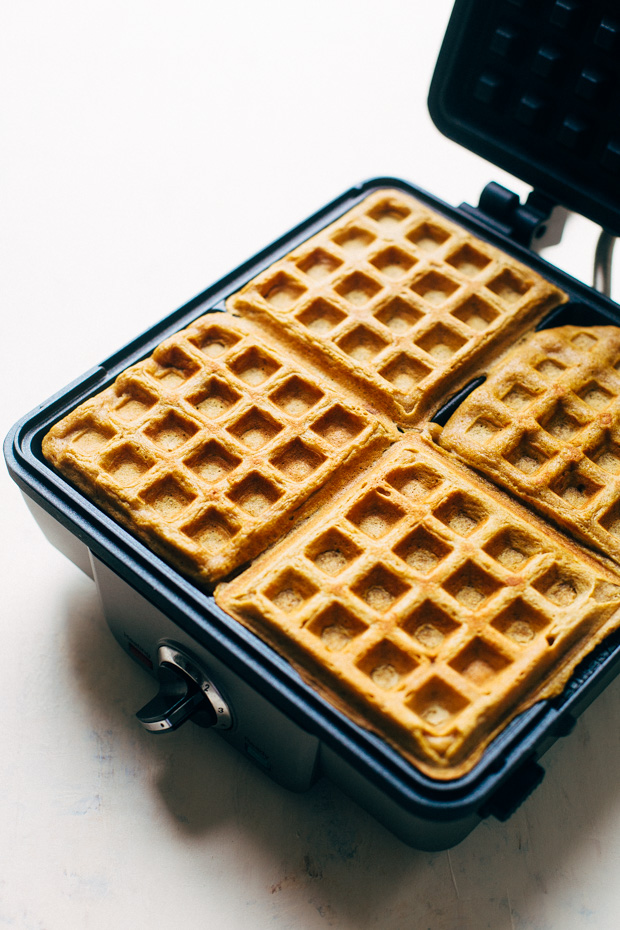 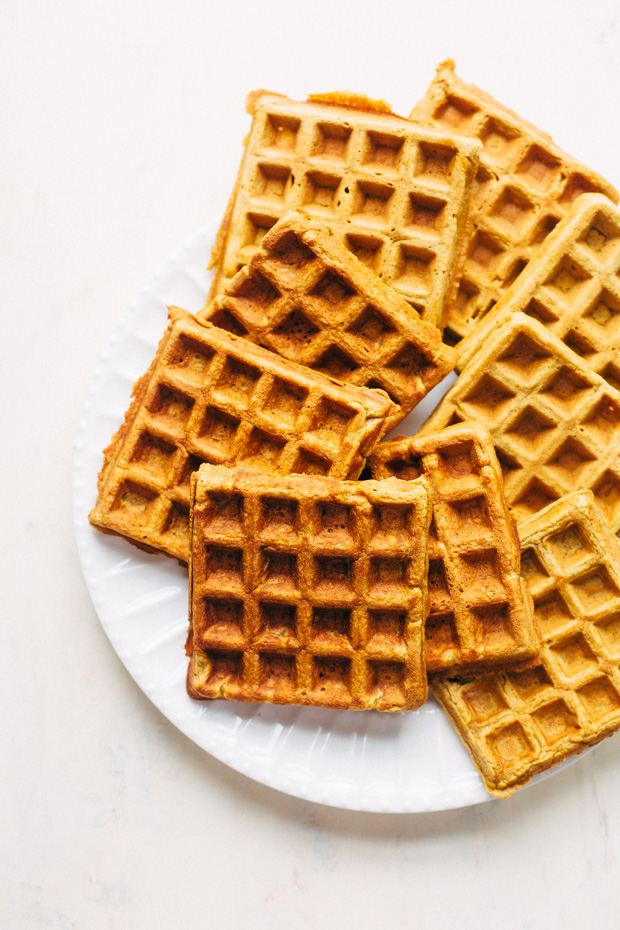 And though this is certainly not the end of the work week, I wanted to make your midweek a little more bearable with the prospect of enjoying the fluffiest buttermilk pumpkin waffles on the weekend.

Grab the few ingredients you need and seriously, make this! 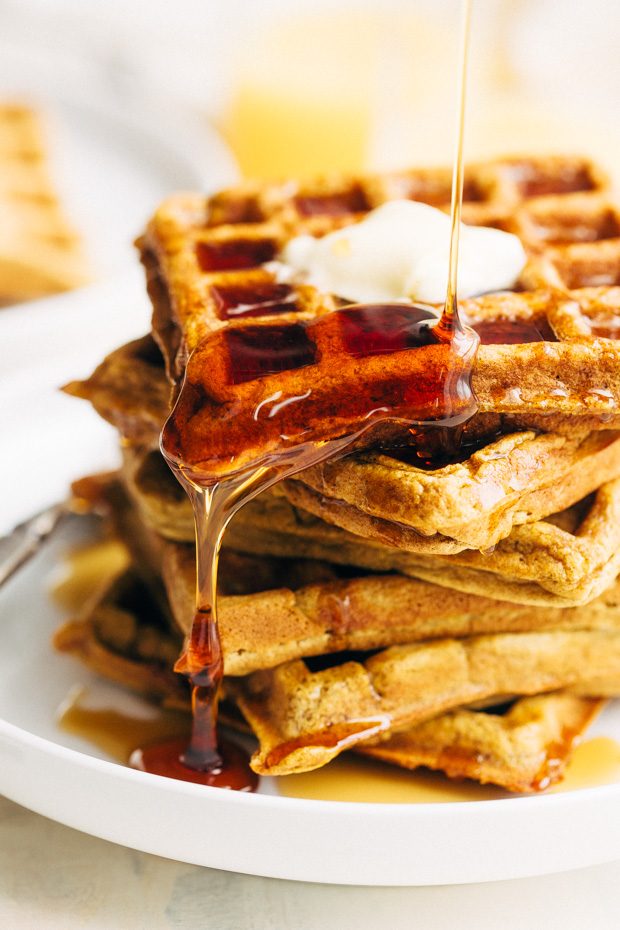