Teriyaki Sesame Salmon with Ginger Noodles is a quick and easy weeknight dinner recipe that comes together with mostly pantry staple ingredients and that too in around 30 minutes! Pan-fried ginger sesame noodles with a fiery wok flavor are perfect to serve with a buttery, freshly prepared salmon fillet!

This recipe is sponsored by Sea Cuisine. We’re using their Teriyaki Sesame Salmon to create today’s easy and delicious recipe!

Teriyaki salmon with ginger noodles is just one of those meals that you want to repeat week after week! Soy sauce, sesame oil, fresh garlic and ginger flavor the noodles and when you pan fry them in a hot skillet, you’re left with an almost smoky, slightly crispy, slightly chewy noodle dish that pairs beautifully with the sweet umami flavors of teriyaki sesame salmon.

Top your noodles and salmon off with a generous sprinkle of green onions and lots of toasted sesame seeds for the ultimate noodle-house dinner, at home, in less time than it would take to order and pick up take out.

How to make pan seared salmon with ginger noodles:

I’m telling you, this is totally a restaurant quality meal right here!

A big thank you to our friends over at Sea Cuisine for sponsoring this post! 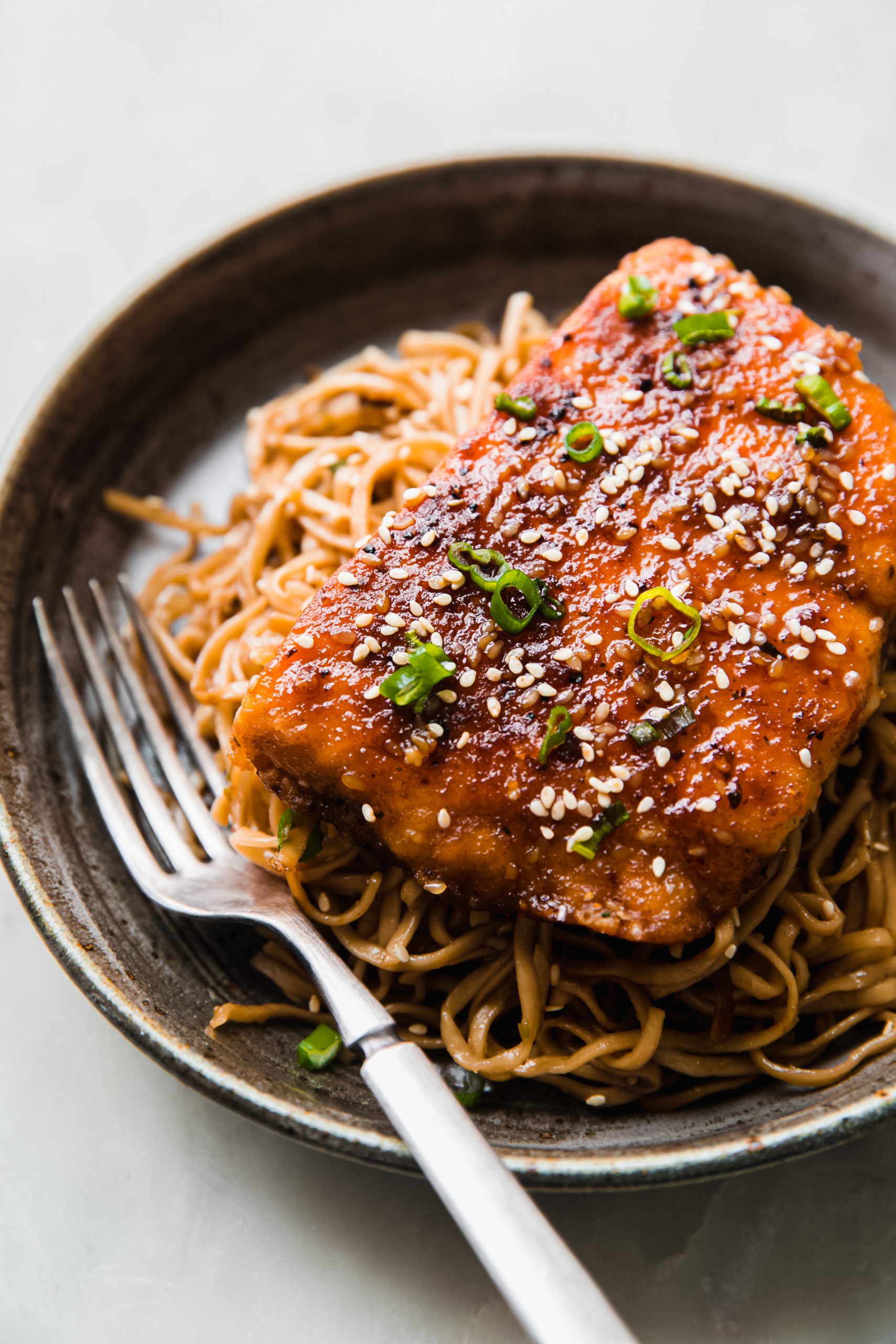