A delicious Seattle-style smoked salmon chowder loaded with cubed potatoes, capers for zing, and cream cheese for creaminess! This tastes just like the stuff from Seattle Pikes Place Market and is perfect to serve with crusty bread.

All you need is a hunk of crispy, crusty baguette to soak it all up.

This is a rainy day, smooth jazz, Sunday-couldn’t-be-more-perfect kind of food. Every bite of this smoked salmon chowder is loaded with flaked salmon, tiny shrimp, briny capers, a hearty broth, tender cubed potatoes, and the coziest creamy base.

After spending 10 days on our west coast trip and eating our hearts out in three different states, one of the most memorable things we ate till this day is the smoked salmon chowder at Seattle’s Pike Place Market.

The thing about salmon chowder is that it gets you from the very first bite—the creaminess followed by the briny, yet rich soup base. Then, there’s smoky salmon and all sorts of delicious spices.

A chowder is a homemade soup that has a creamy base and is often made with seafood, vegetables, and potatoes. You can make fish chowder, clam chowder, corn chowder, and so many other kinds. Chowder can be thickened with the natural starch of potatoes, a roux, or even crushed crackers. The most widely known is the New England clam chowder.

What do you need to make the best smoked salmon chowder recipe?

How to make the most amazing smoked salmon chowder:

Here’s some of those essential smoked salmon chowder ingredients: 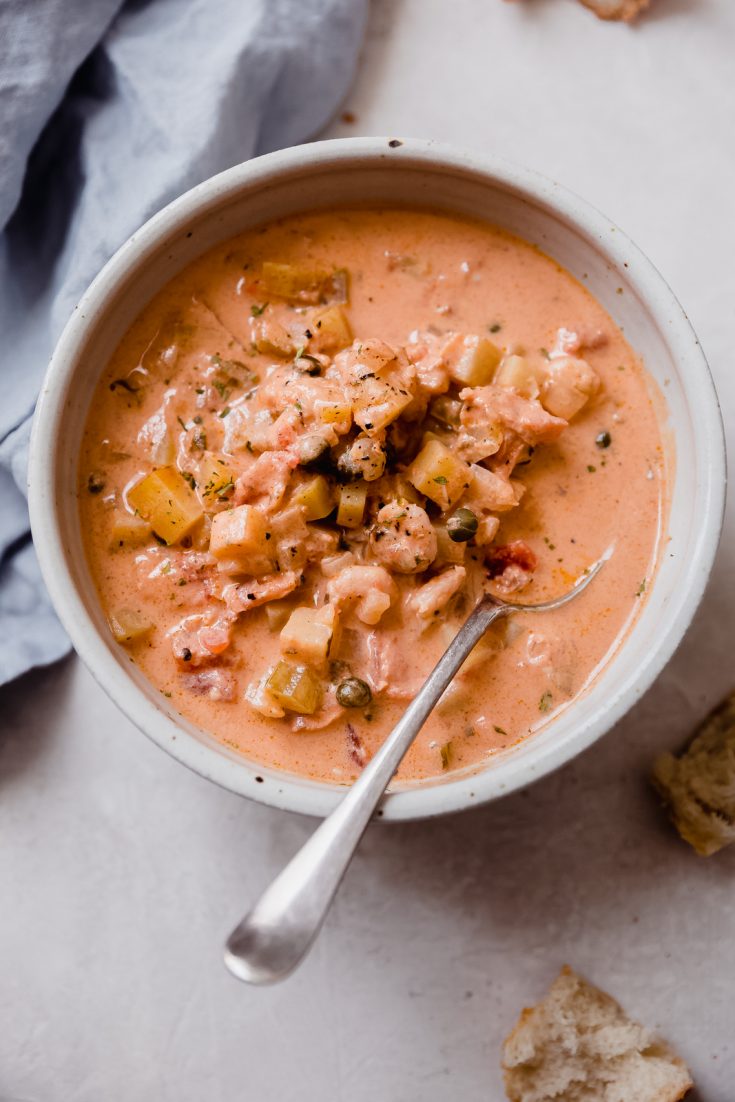