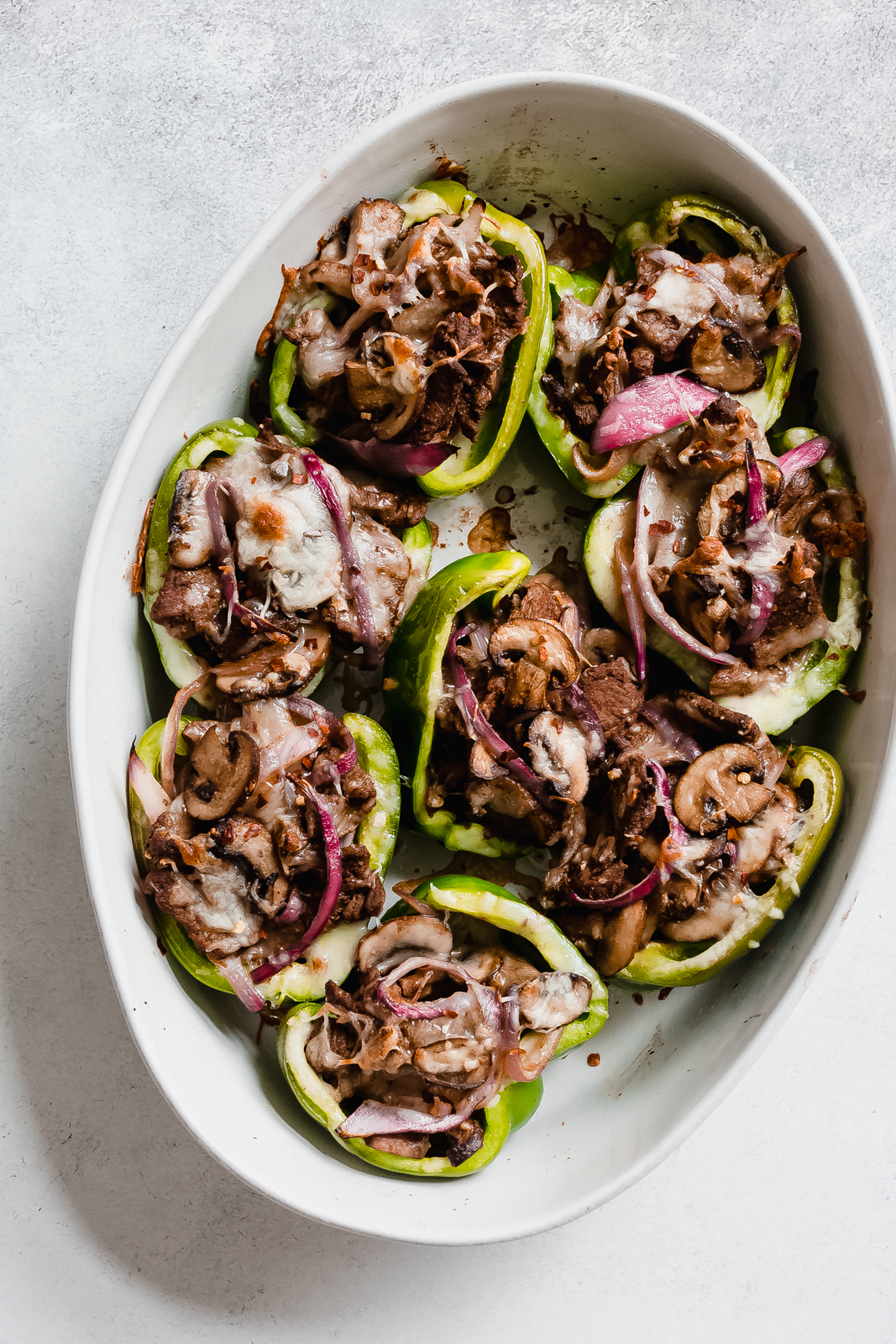 Okay, I know that’s not really a thing, but I’m so gosh darn excited to tell you about my homemade Philly Cheesesteak stuffed peppers! All the things you love about a traditional Philly cheesesteak, minus the bun. And if you’re one of those people that like Philly Cheesesteak with Cheez Whiz, I apologize now, because there’s none to be found in this recipe.

What you will find though is lots of melty, gooey cheese, perfectly seasoned strips of steak and of course, onions, peppers, and all the garlic your heart desires. All of that neatly put together in a [over] stuffed pepper and serve bubbly hot from the oven. 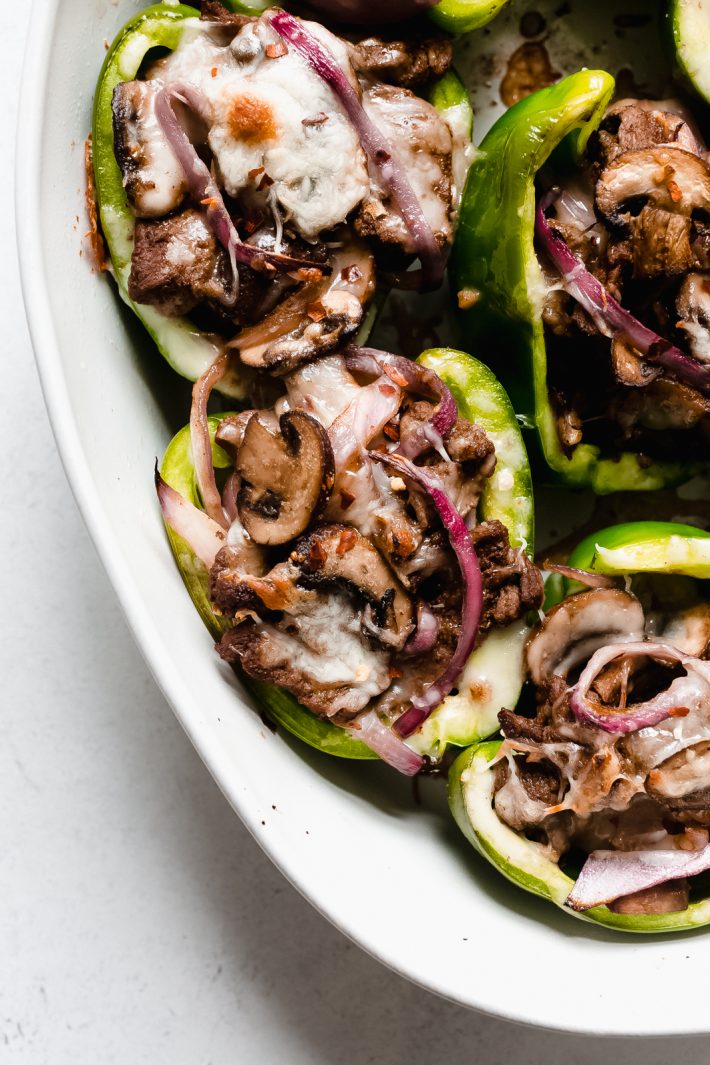 Stuffing veggies full of protein is sort of my jam. When I’m on a low carb kick (which let’s be honest is all the time,) I’ll stuff shrimp into portobellos mushrooms, or even Mexican stuffed avocados, and now, these Philly Cheesesteak stuffed peppers.

What do you need to make cheesesteak stuffed peppers? 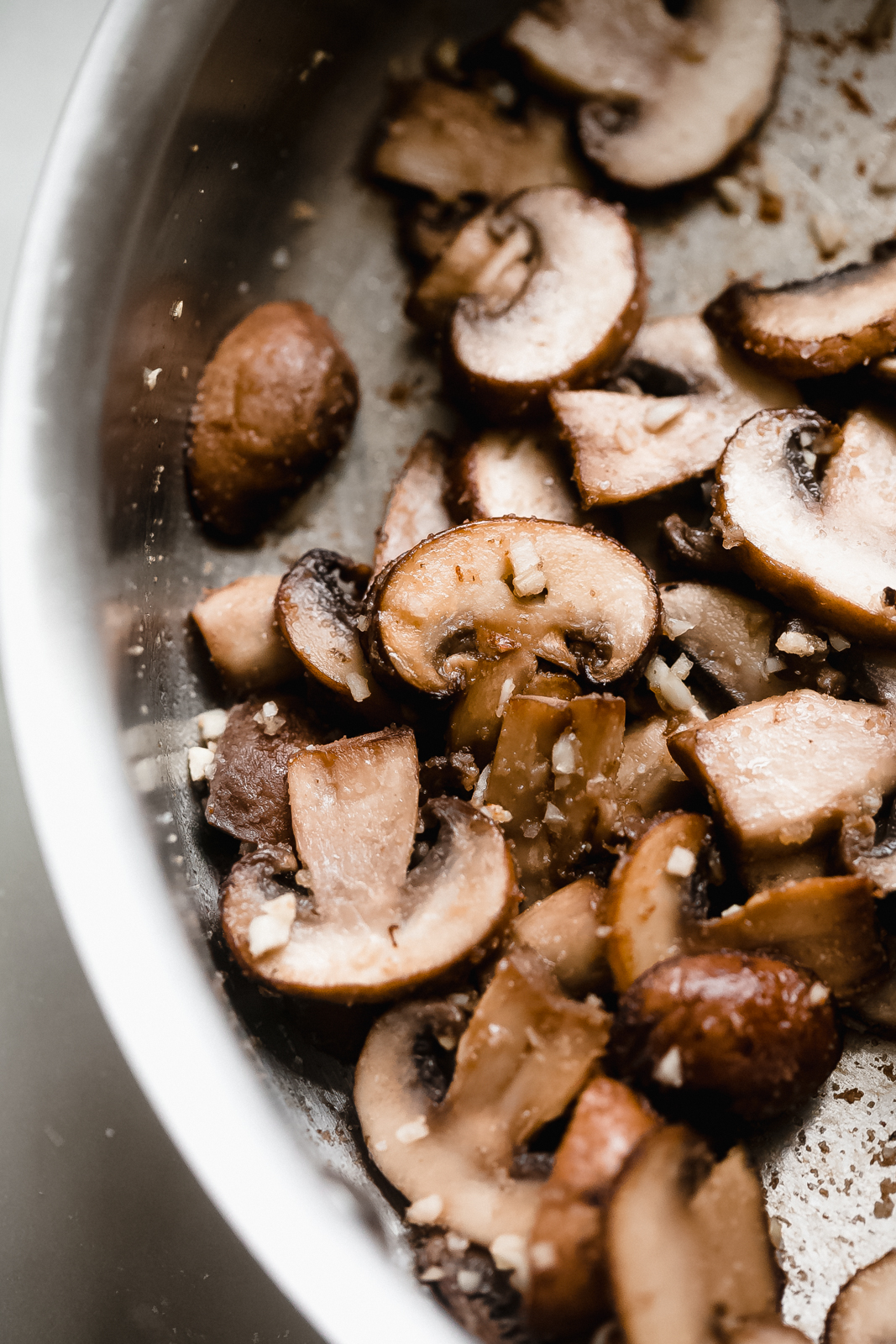 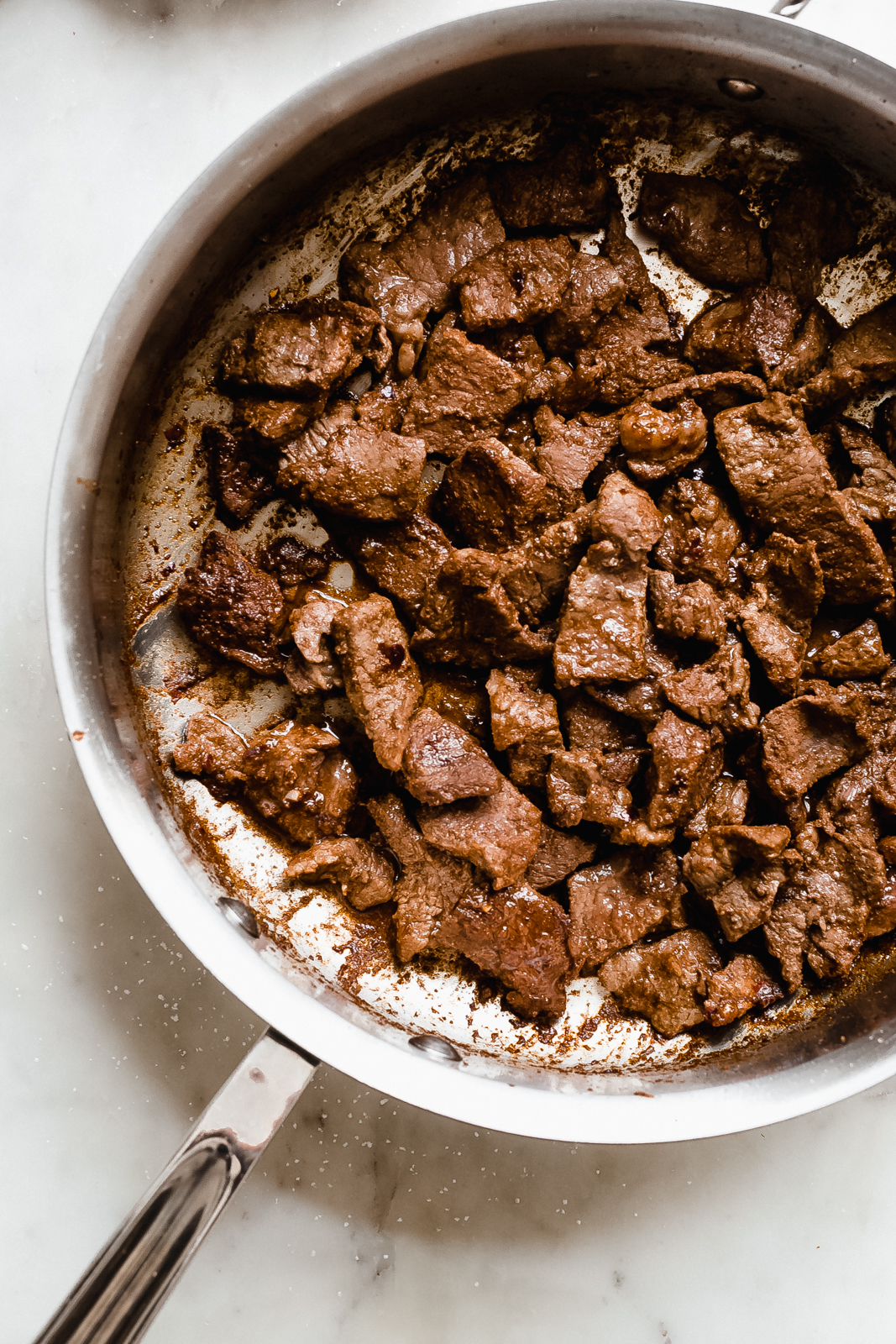 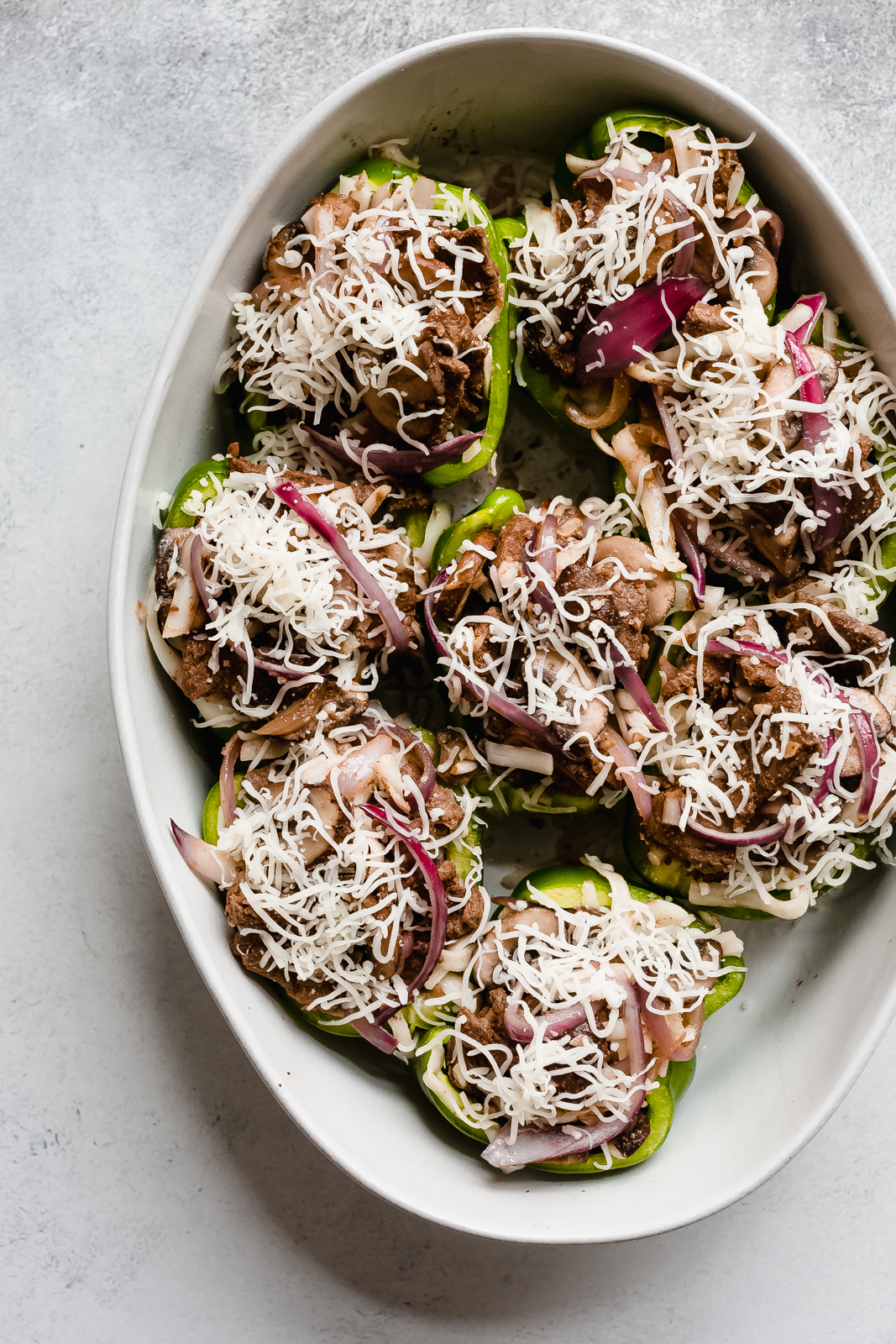 Can I use a different color of pepper for these?

Of course! If you prefer the taste of red, orange, or yellow peppers instead, feel free to swap the green ones out for your color of choice!

How do you prepare the peppers for cheesesteak stuffed peppers? 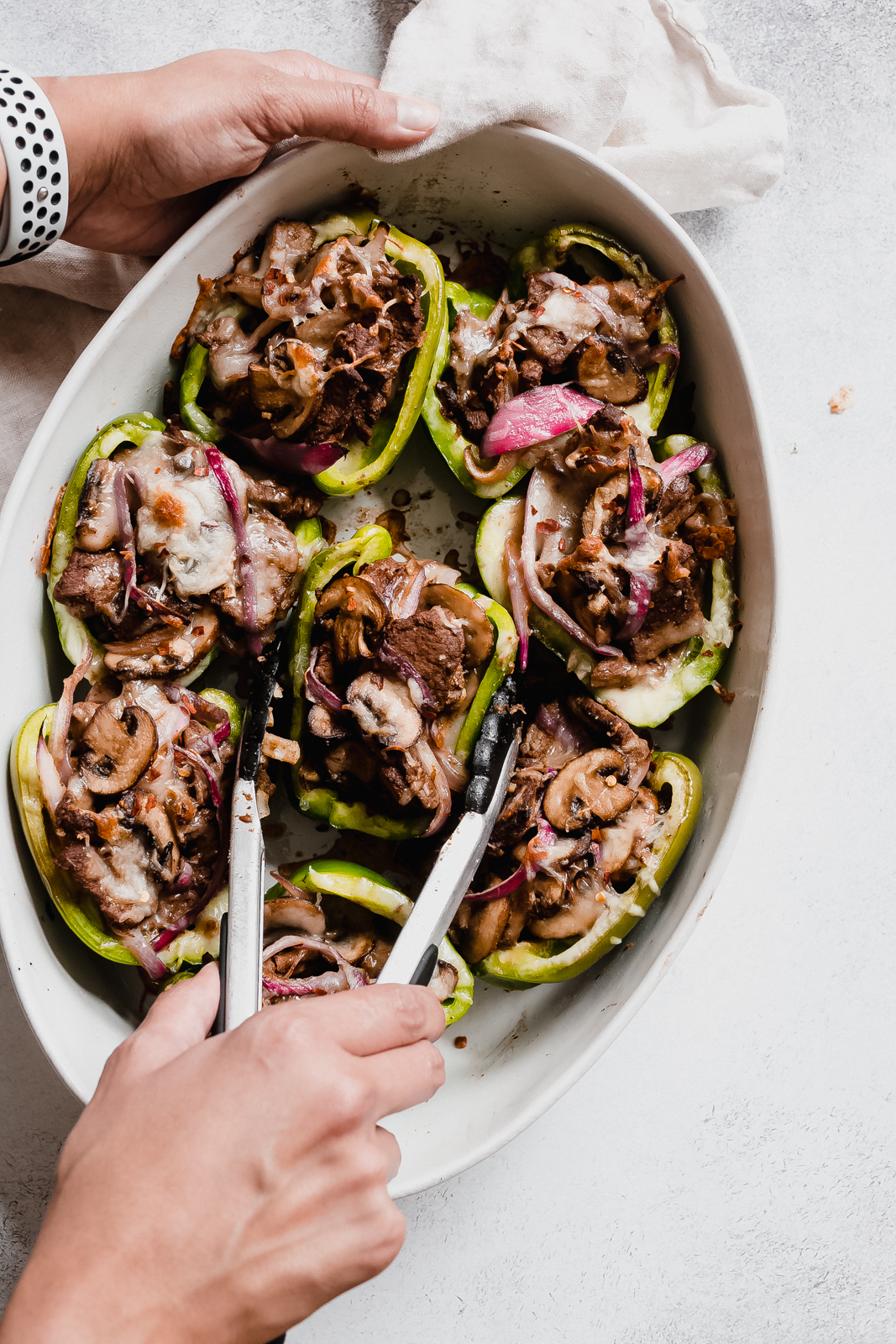 How to make the best cheesesteak stuffed peppers: 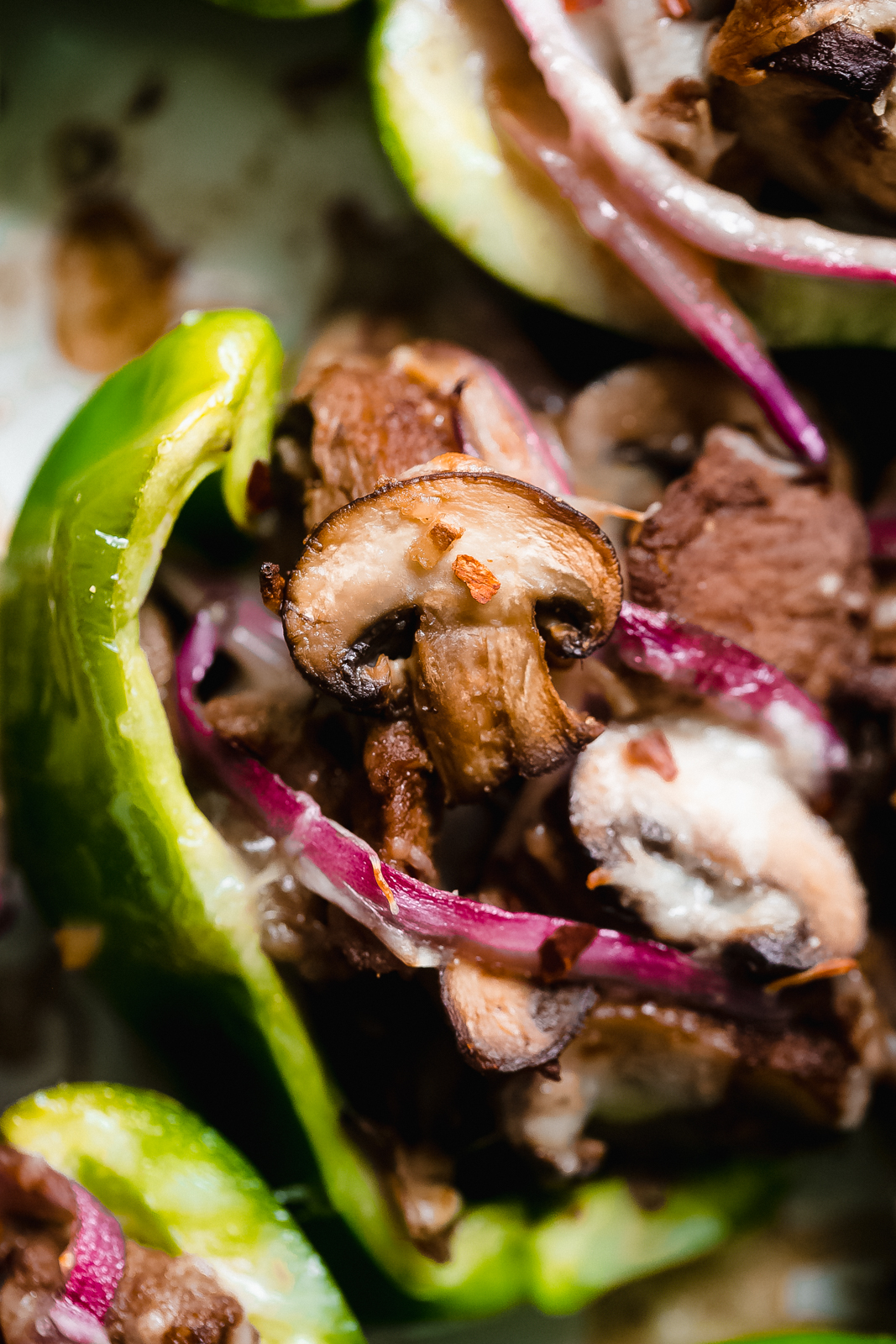 Why do you bake the peppers after stuffing?

Baking the peppers ahead of time takes away some of that raw flavor. You have a choice of baking them for longer if you prefer softer peppers or cooking them just a tad bit to take away that raw pepper flavor. I usually prefer bright green and somewhat crispy peppers, so I don’t bake them for too long. However, this is entirely up to personal preference!

Can I make the filling in advance?

Absolutely! You can make the filling earlier in the day or even up to a day in advance. That way, all you need to do is bring the filling back to room temperature and just clean and stuff the peppers.

What to serve stuffed peppers with:

I usually keep things pretty simple, just a side salad. Cauliflower rice is also another option. If you aren’t doing a low carb thing, garlic bread on the side would be yummy or even cilantro lime rice as it works surprisingly well here! 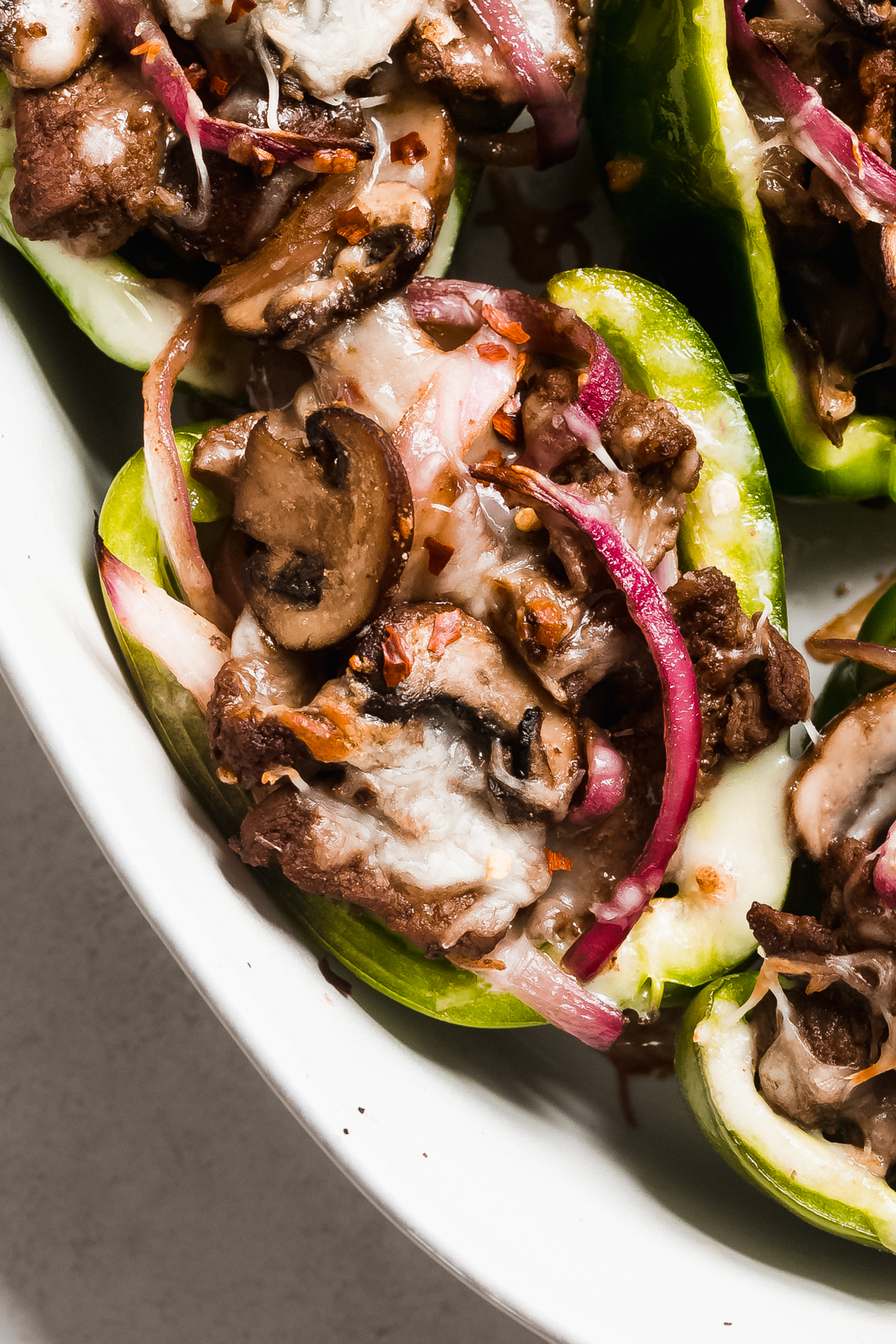