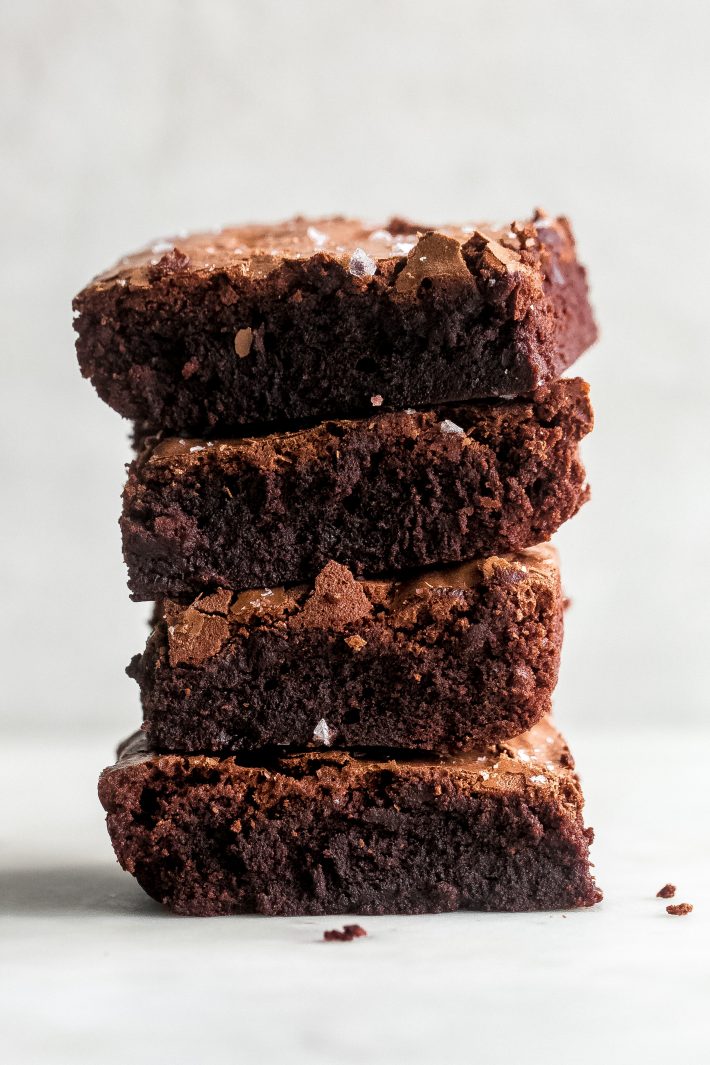 It’s finally happened. I’ve finally made the perfect salted fudge brownies. And you know what? It’s all in the technique.

I’ve made these brownies countless times over the last few months, testing and retesting the recipe until they were as fudgy and gooey as can be. So far, everyone I’ve shared them with has unanimously agreed that these are some of the best fudge brownies EVER.

They’re straightforward to make, require the same ingredients as most from-scratch fudge brownie recipes, but as I said, the technique is what makes all the difference. Don’t worry; you don’t need any unique ingredients or anything like that. 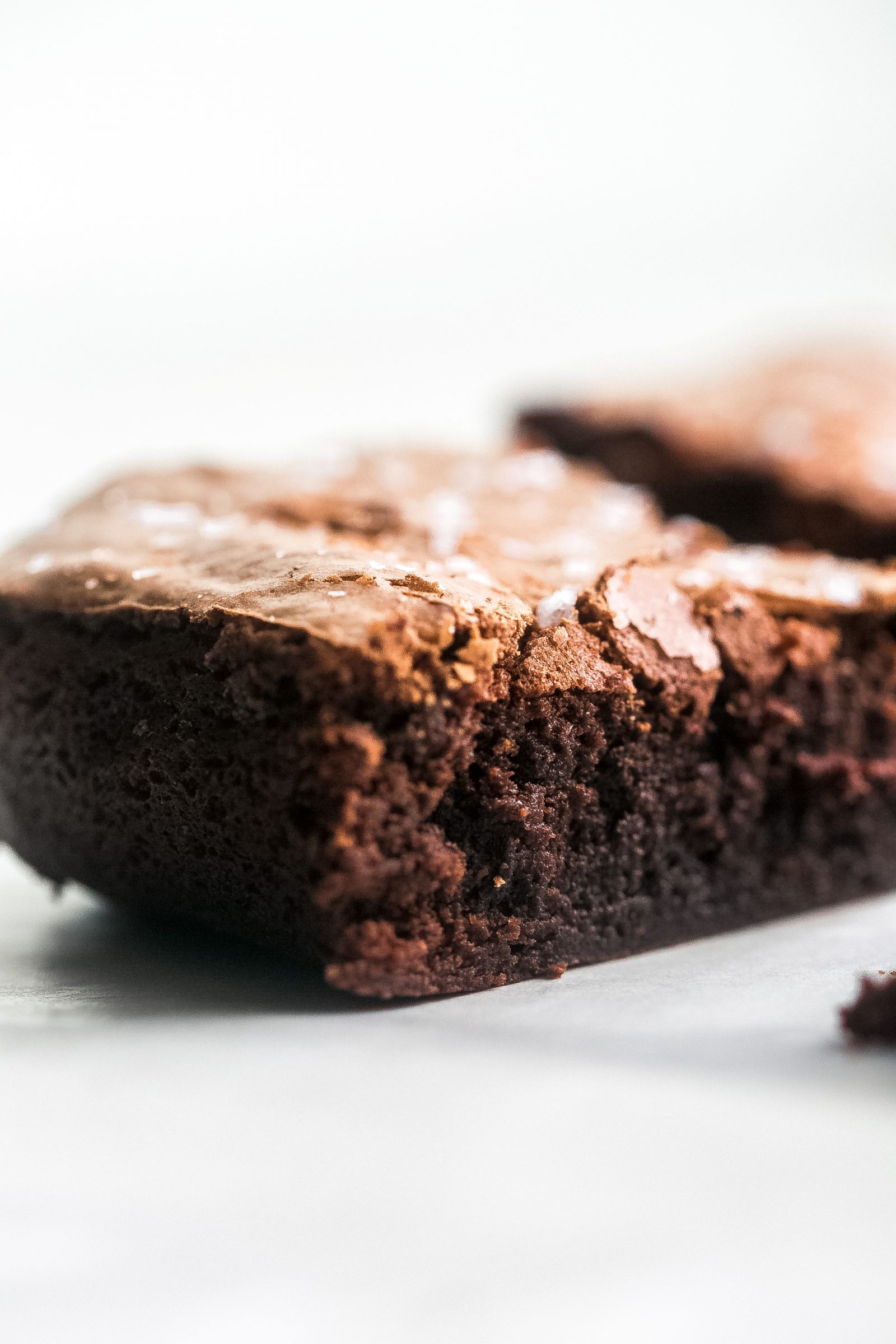 I’ll be the first one to admit that I’ve shared another fudge brownie recipe on the blog that I admittedly thought was the best before I developed this one. I’ve also made espresso brownies, so if you like a little caffeine in your brownies, you’ll heart those. Can you tell we like our chocolate fudge brownies around here?

Not to get too scientific on you here, but I’d like to take a second to tell you what happens when we play around with the ingredients that we use to make fudgy brownies. 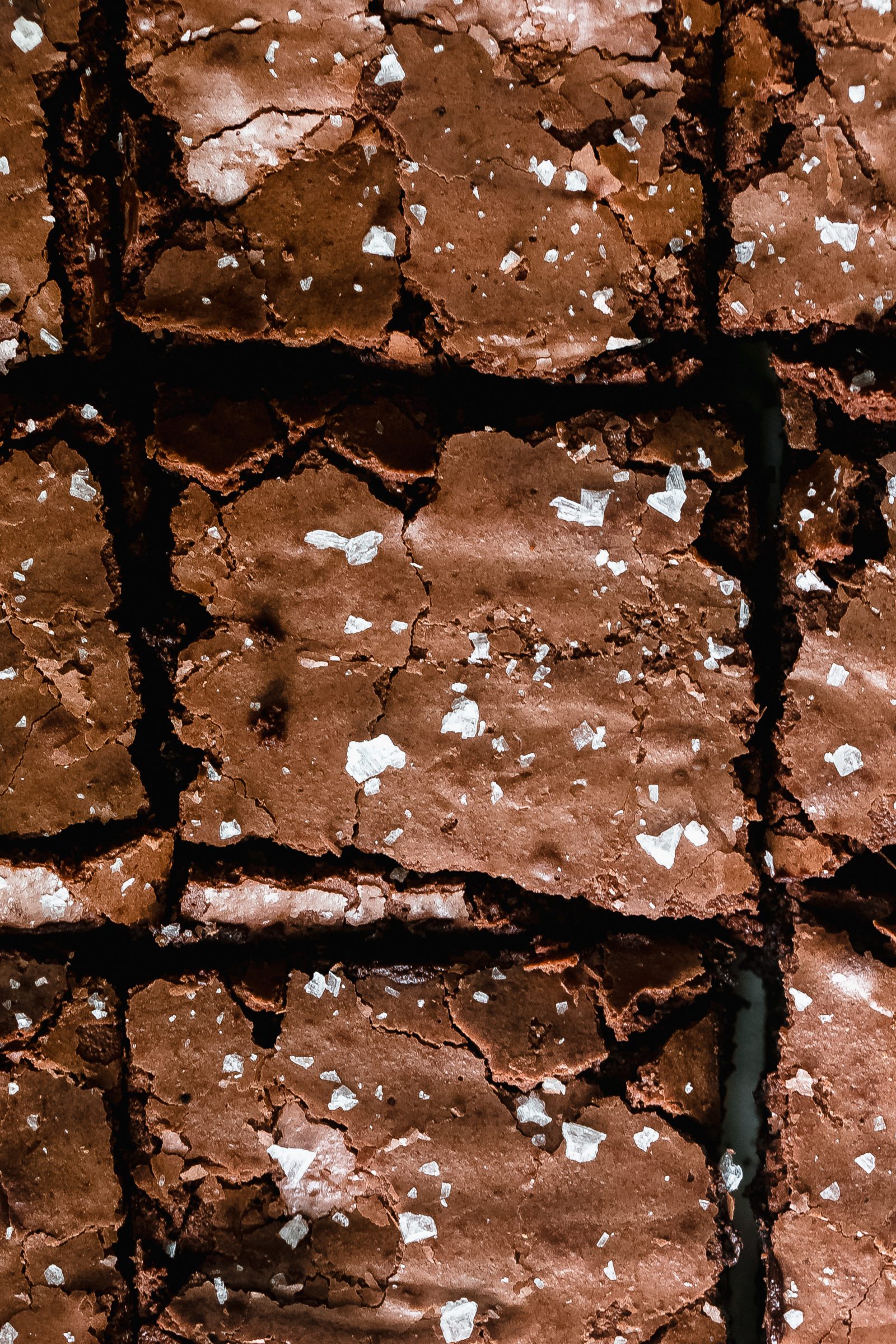 How ingredients change the overall texture of salted fudge brownies:

When we’re making fudgy brownies, it’s essential to not only increase the amount of butter or oil in the recipe but also the melted chocolate. You’ll find that my pan-banging salted fudge brownie recipe contains more real chocolate rather than cocoa powder. This is because melted chocolate contains cocoa butter, which gives you that melt-in-your-mouth chocolatey taste we all love from an excellent fudge brownie recipe. Fudge brownies are also notorious for containing a lower flour ratio than cakey brownies. 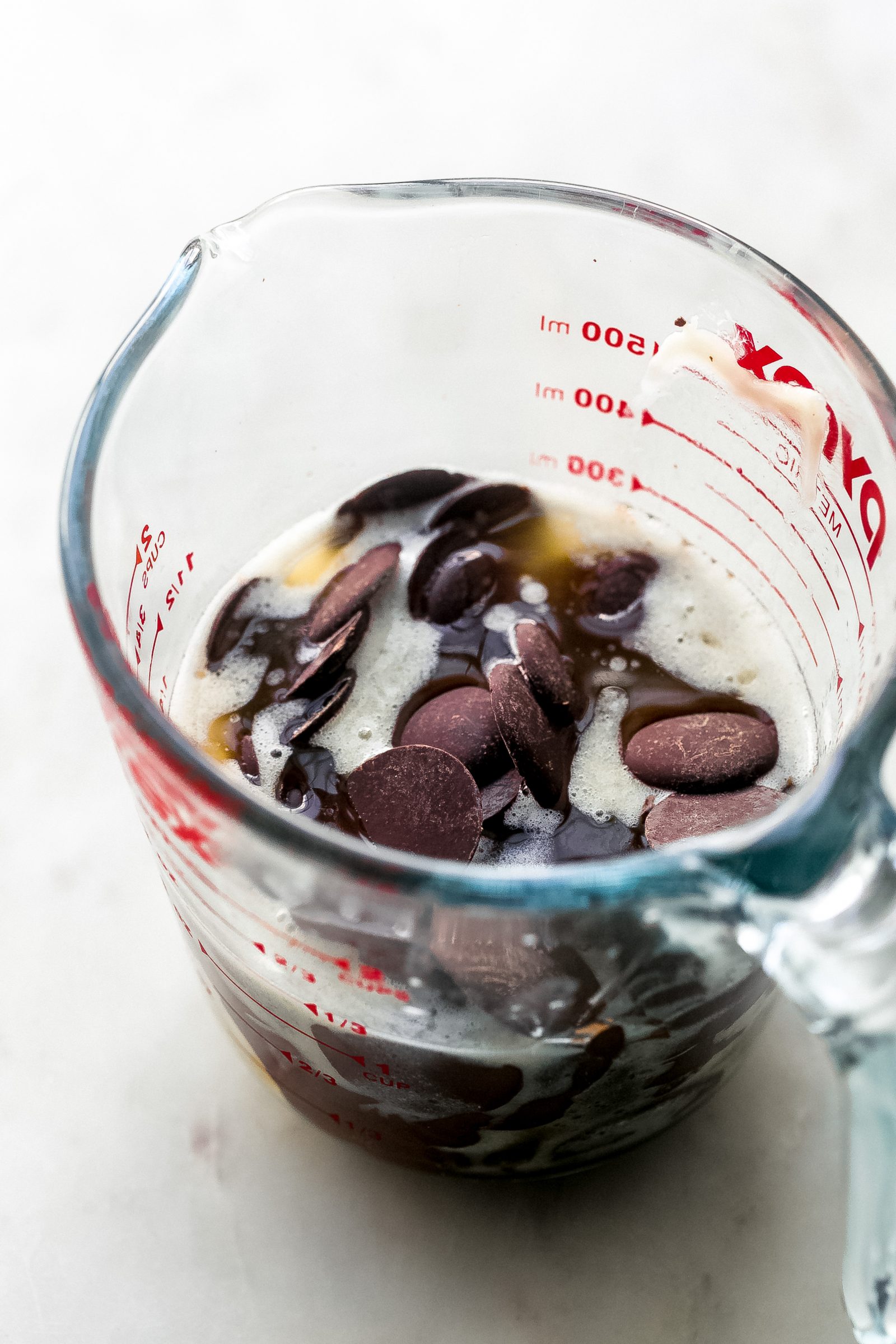 What do you need to make the best salted fudge brownies? 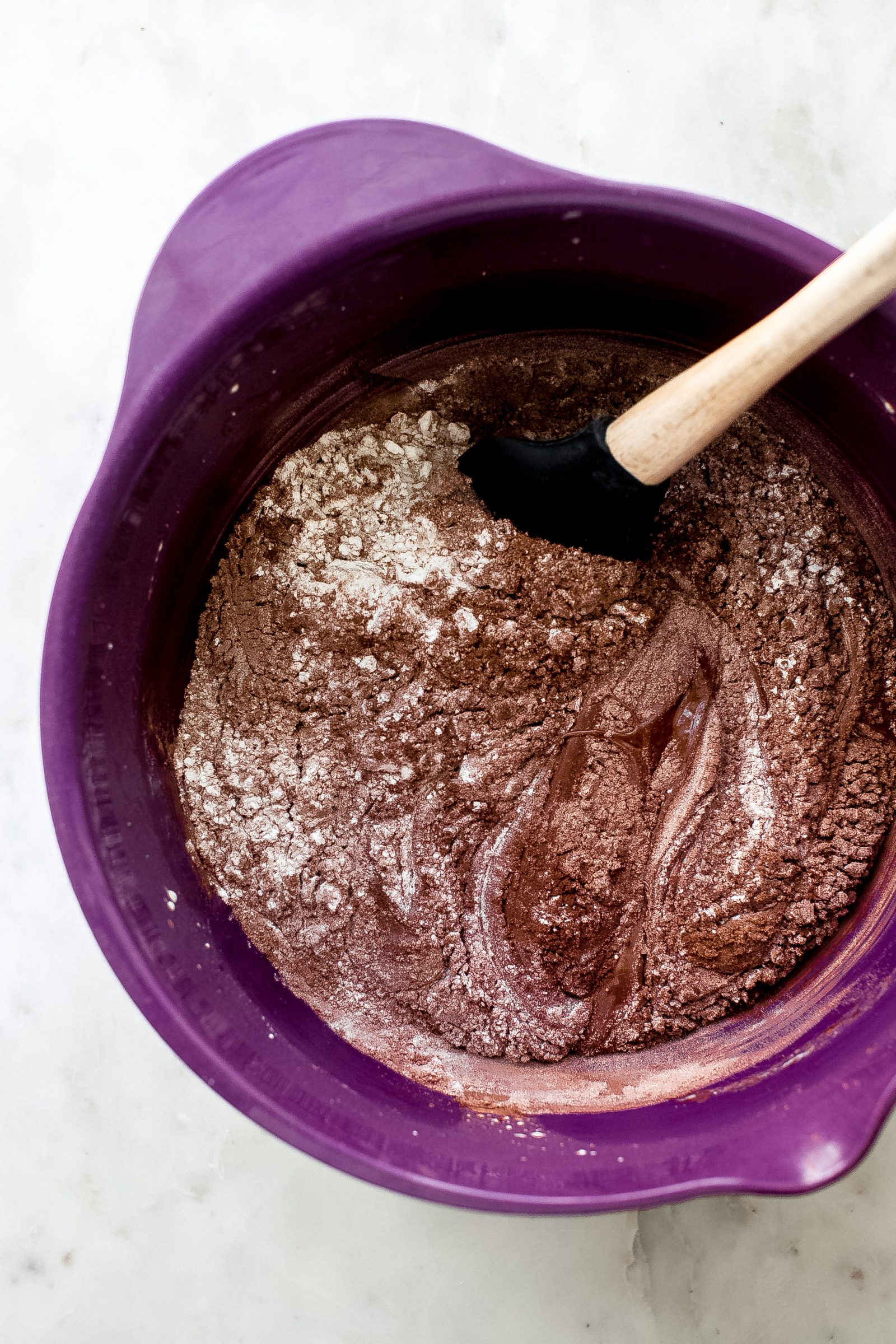 How to make salted fudge brownies:

Can I use semi-sweet chocolate chips instead of bittersweet?

Why do you recommend a metal baking pan for these brownies?

I suggest using a metal baking pan because we’re banging the pan several times. I’ve tried making the recipe with a metal baking sheet (the first few times I made them), and then this last time (pictured) I made them in a glass baking dish. Though a glass baking dish does work, I find it’s much easier to bang the pan with confidence when you don’t have to worry about breaking the dish! 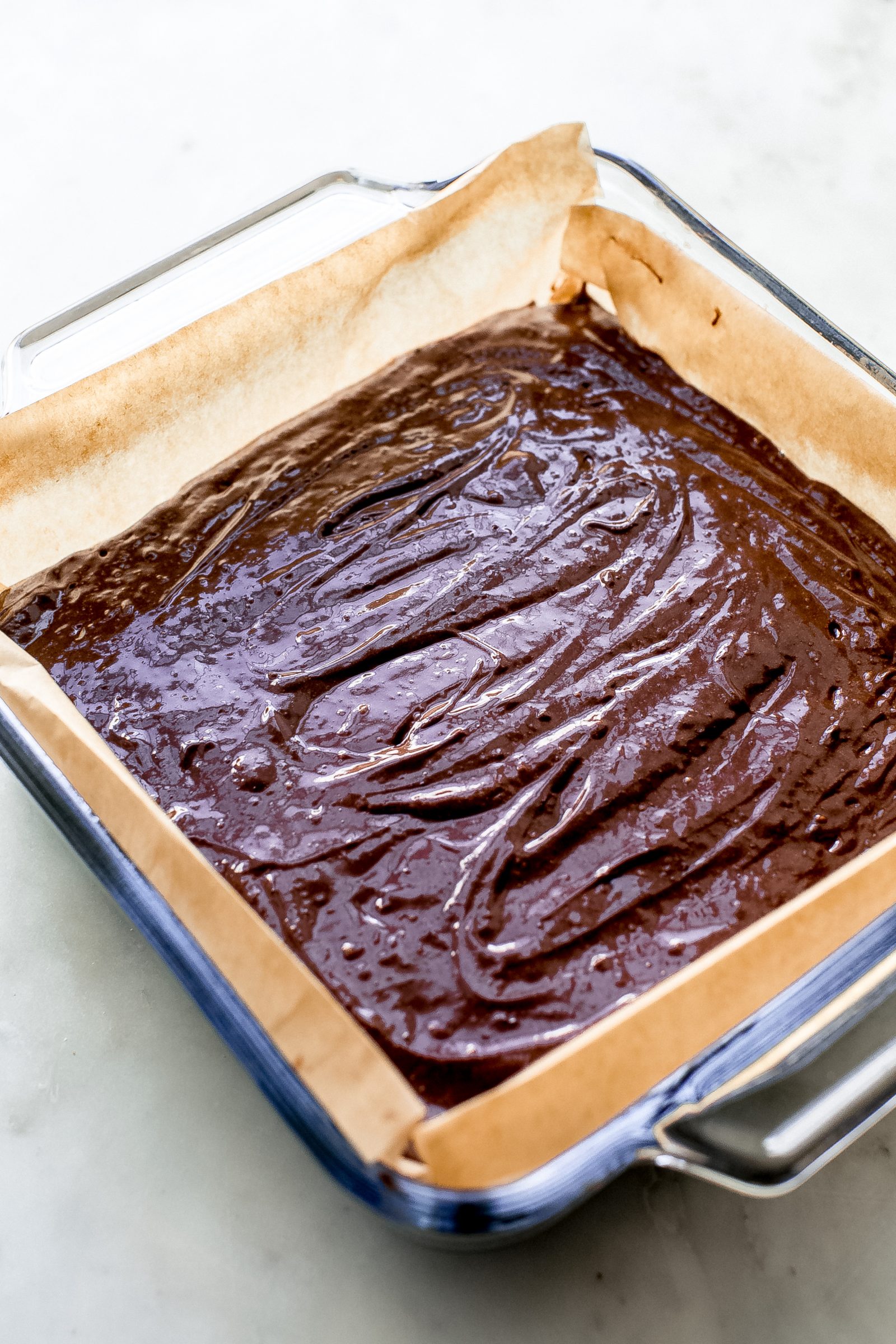 Why do you beat the eggs and sugar together for so long?

You’ll notice that our list of ingredients doesn’t contain any leavening agents. Leavening agents help create height and air in a baked product. Since we aren’t using baking soda or powder, whipping together the eggs and sugar for longer incorporates more air into the final product that we’ll knock out later.

Why do you bang the pan when you take these brownies out of the oven?

Remember all that air we built into our brownies? Well, when you bang the pan, halfway through the baking process gets rid of air bubbles and distributes the batter evenly. Knocking the air out will cause the batter to deflate a bit and will result in a deeply fudgy brownie. But, simply put, it makes a fudgier brownie.

The entire dish of these salted fudge brownies disappeared in less 48 hours here. I’m not kidding when I say this is the only fudge brownie recipe you’ll need from here on out! 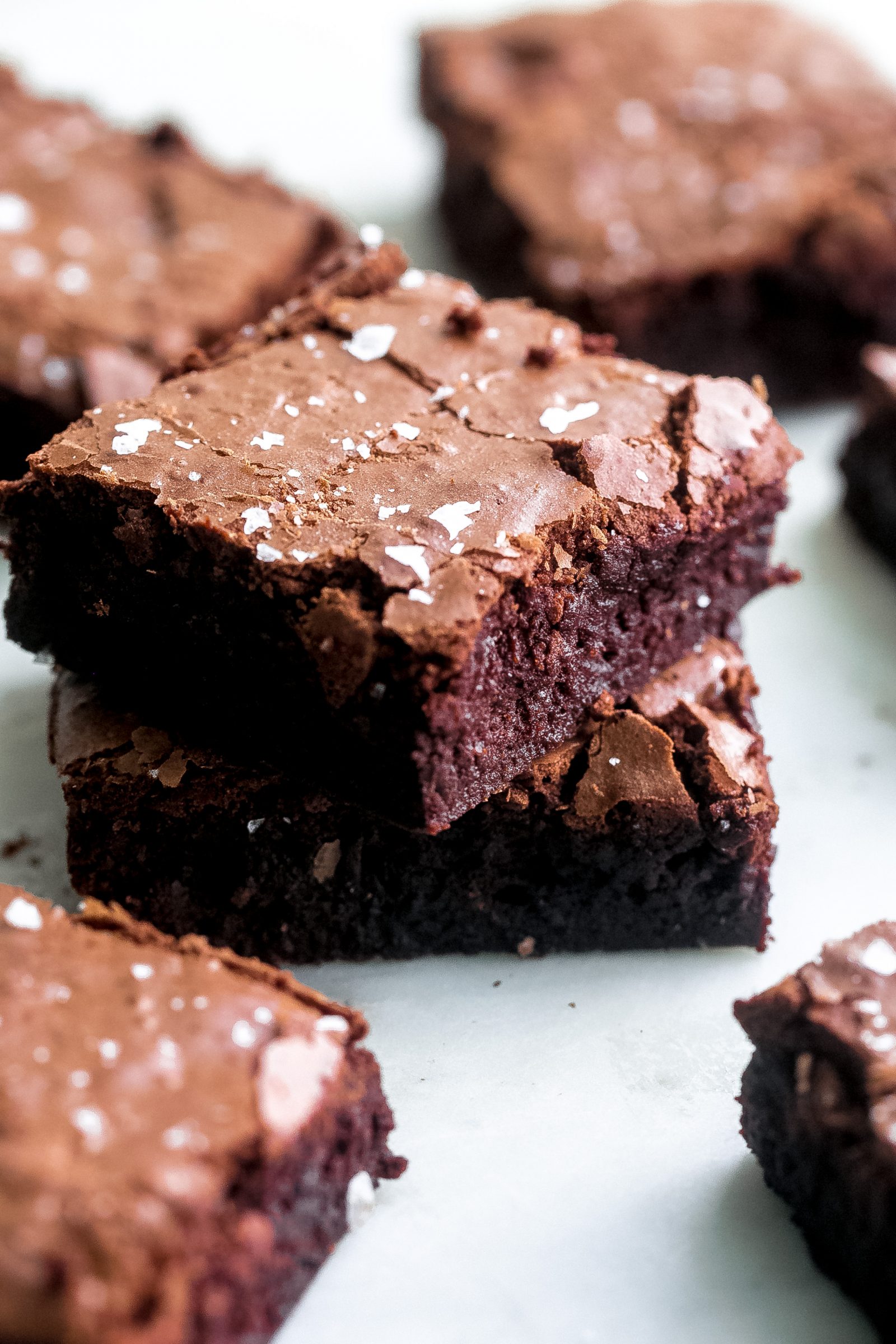 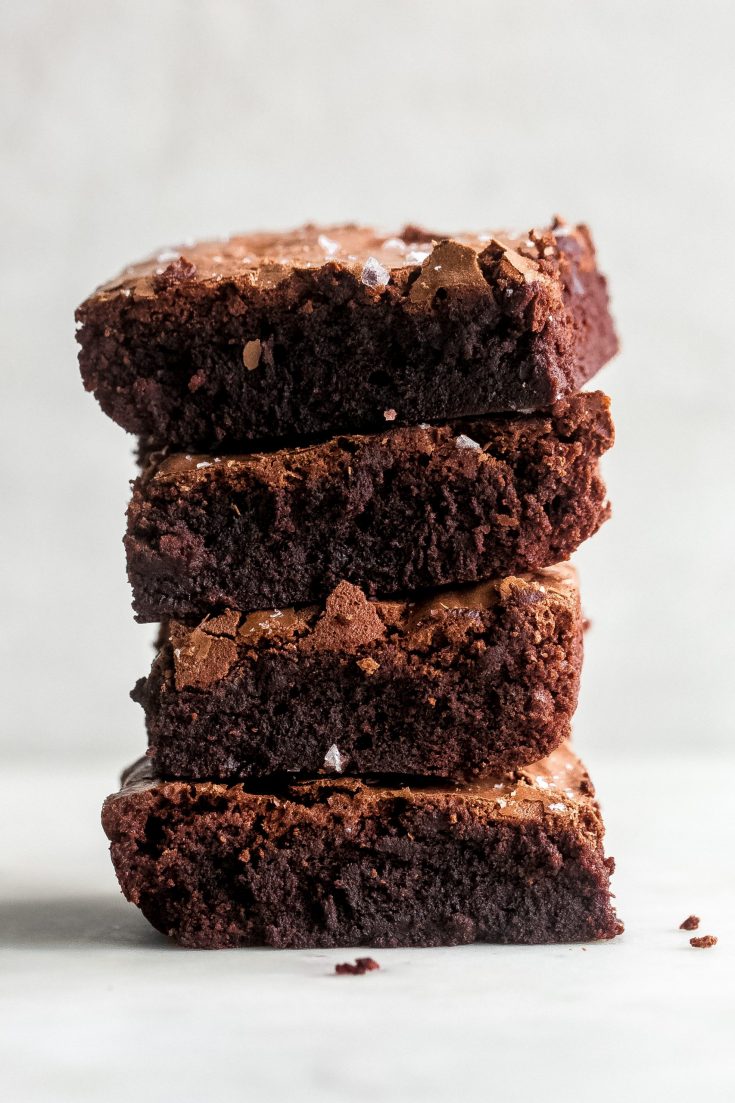