How to make homemade apple cider at home without an apple press! My homemade cider recipe has that delicious, farm-fresh cider flavor. Spice it up with a few cinnamon sticks and orange peel. This is sure to be a new family favorite recipe!

There’s nothing quite like hot cider on a crisp fall day!

A mug full of cider is sure to warm you right up. We’re using a variety of apples to help pack the cider full of flavor. And I’m not kidding when I say that a cupful of this stuff took me back to the cider farm I went to in Stowe! I recently shared this cider with friends and it was a HUGE hit at our fall party. My trick was to throw an extra cinnamon stick in the carafe once the cider was room temperature and I honestly think it made the flavor so much more delicious that way!

Most apple cider recipes call for low and slow cooking in a slow cooker. Then you mash the apples with a potato masher and strain the mixture through a cheesecloth. My apple cider recipe uses a food processor to mimic the actions of a traditional apple press just like the way that do at the farm and is cooked just long enough so it’s safe to keep in the fridge for 1-2 weeks. It’s tart, sweet from the brown sugar or maple syrup, and since we didn’t cook it for too long, the apple flavor is so well pronounced.

Trust me, this homemade apple cider tastes just like you got it fresh from an apple orchard!

How to make apple cider at home:

Other apple recipes to try: 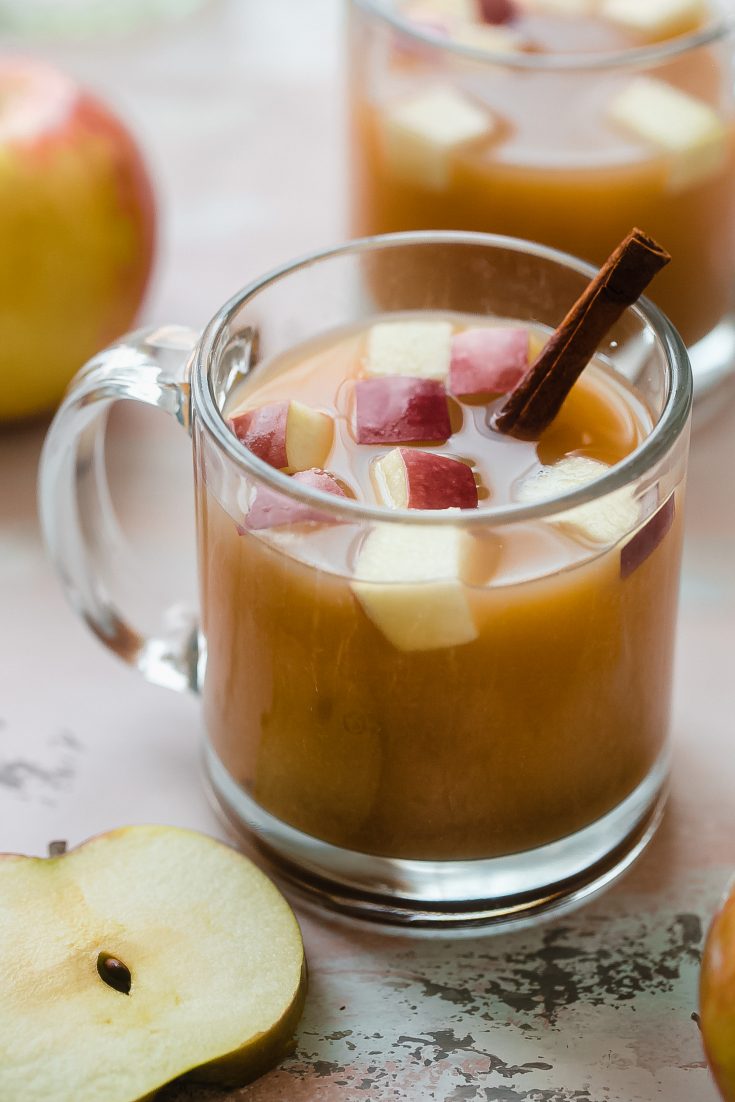