Better than drive-thru! Homemade Crunchwrap Supreme is easily customizable with your favorite toppings! Use ground beef, turkey, ground chicken, or meatless crumbles! You can also swap the meat for refried beans and stuff it with just about anything you like!

It doesn’t get much better than a homemade Crunchwrap Supreme that you can customize to your preference with all of your favorite toppings!

We’ve had these on repeat at our house. Partially because I wanted to make sure that I was a Crunchwrap folding ninja by the time I hit publish on this post and partly because I cannot stop eating them like I’m back in college.

Lately, we’ve seen so many tortilla trends!  Do you know the TikTok tortilla hack? Particularly the one about snipping a tortilla about halfway through and then folding it into a tortilla pocket with all the fillings your heart desires. The Crunchwrap Supreme is the OG of the tortilla trend!

In college, a Crunchwrap Supreme was my lunch at least once a week, but probably more. I’m pretty sure the people at Taco Bell saw me and started making a Crunchwrap Supreme with no meat, substitute refried beans from a mile away. Placed bets on whether I’d ask for more hot sauce. Towards the last year, they knew to throw in more than a handful of Fire Sauce because I kid you not, I still eat like 10 packets of those things with one Crunchwrap!

What do you need to make a Crunchwrap Supreme at home?

How to make a Crunchwrap Supreme at home:

How can I make this dairy-free?

Use coconut yogurt, swap the shredded cheese for a dairy-free kind and use cashew queso for the nacho cheese sauce!

Any tips for making these healthier?

How can I make these vegetarian?

I’m having a hard time holding the tortilla shell down, any tips?

You can place the bottom of a second frying pan, a cast-iron grill press, or make this in a panini press. 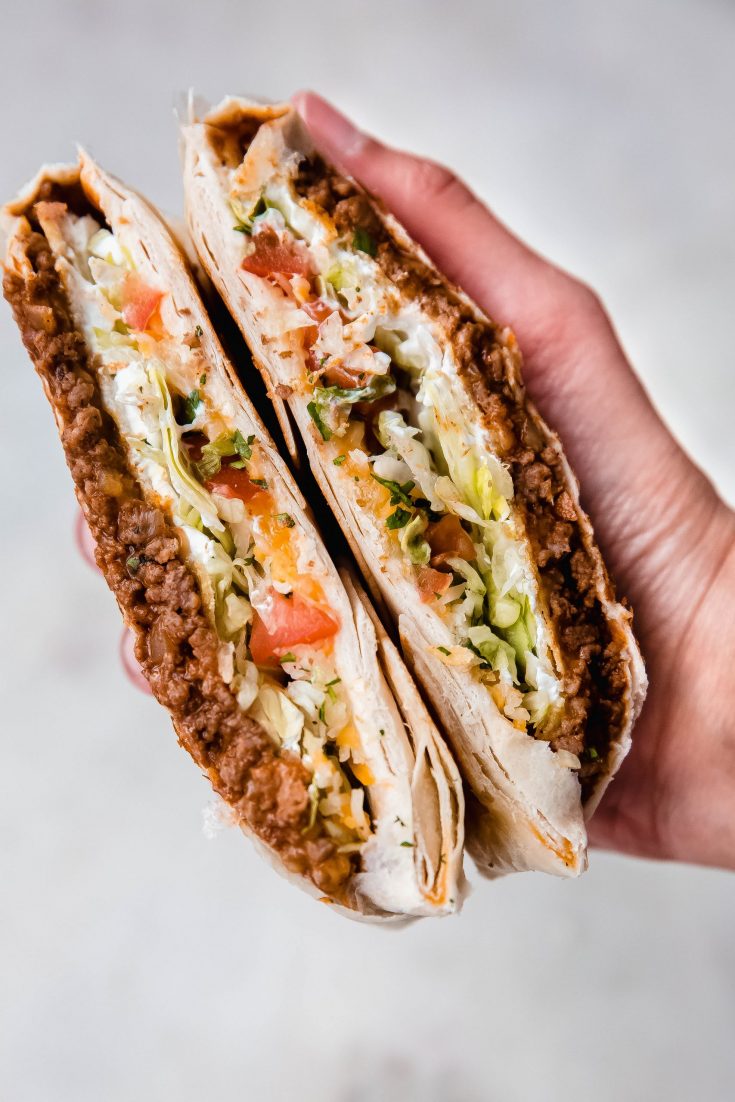