Quick and creamy peanut noodles with toasted sesame and chili sauce! These noodles are quick enough to throw together on a weeknight, are made with chewy noodles, tender chicken, and smooth toasted sesame peanut sauce!

It’s no secret that I love a good midweek noodle dinner, especially when the weather is cold and extra gloomy the way it is right now. Hot spicy noodles coated in peanut sauce are just about the only thing that will give me life, fill up my belly, and make me want to go back for seconds.

Now of course, if you follow a vegetarian diet, I’ve got you covered. Simply swap the chicken for pan-fried tofu (which has a similar peanut sauce) or you could even use oven-roasted broccolini or zucchini in its place. Maybe a medley of roasted veggies if you’re feeling particularly fancy.

The plan is to slurp all the noods. Someone hand me a fork; I’m done talking.

What do you need to make homemade sesame peanut noodles?

How to make homemade peanut noodles:

Can I skip the protein in this recipe and serve it as a side dish?

Yes! You can! If you aren’t a big fan of protein or are already serving it with something else (hint hint, try my miso ginger salmon) then you can totally leave off the chicken in this recipe. It’ll take you much less time to put the noodles together and will still be just as delicious! 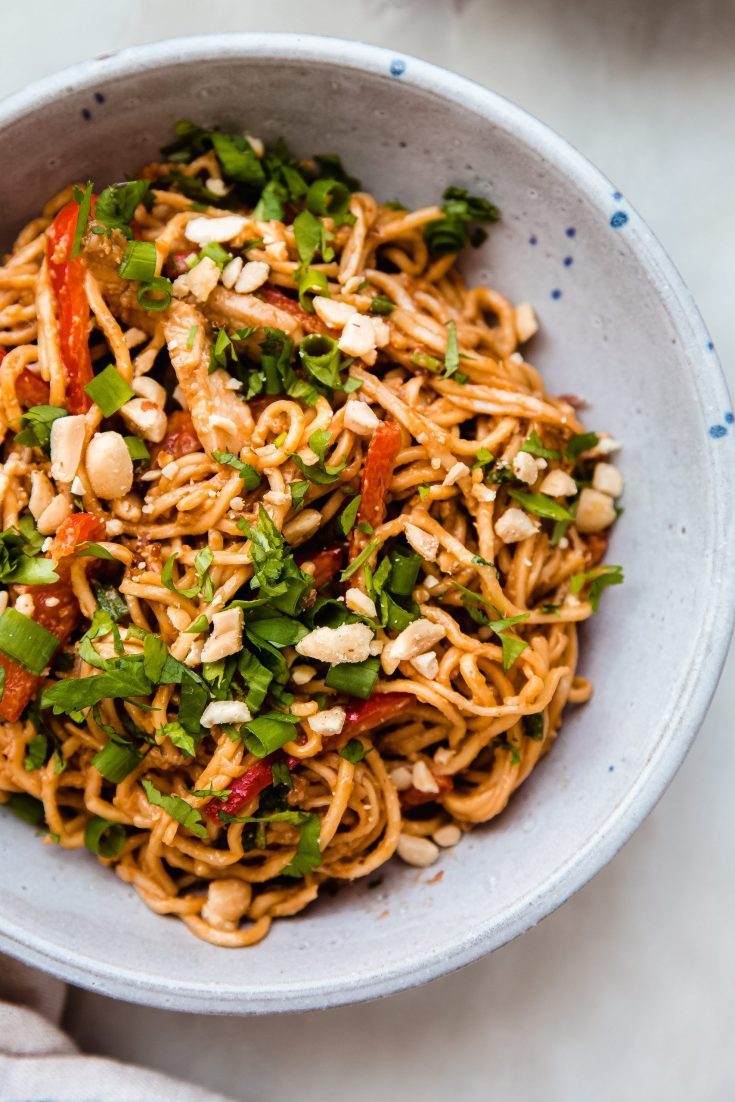