Perfectly broiled miso ginger salmon with veggies! This recipe has become a go-to on busy nights. The salmon broils in the oven and gets golden brown on the outside but still maintains that perfect tender center. That ginger miso marinade doubles as the sauce for the veggies, and that this meal is weeknight friendly!

Broiled ginger miso salmon has become a weeknight staple around here. The salmon is broiled to perfection so it has tons of color on the outside but still maintains that perfectly tender center where it just falls apart when you flake it with a fork. It’s ladened with delicious umami flavor from the combination of soy sauce and white miso paste. The veggies are sautéed in a hint of butter so they’re perfectly al dente and tossed in that ginger miso marinade for the last few seconds of cooking.

This meal will make the whole house smell delicious, but it’s easy enough to put together on a weeknight and fancy enough to serve company or to put together for a special occasion. The fam won’t believe you didn’t just pick up the phone and order takeout.

My ginger miso salmon is *almost* better than any salmon I’ve had at a restaurant. Maybe I’ve just been unlucky with my salmon dinners, but this is some good, good salmon!

I know salmon can be really intimidating for a lot of folks. And to be completely honest with you, before this year, I too hadn’t ventured into grilling salmon outdoors or broiling it in the oven. But being stuck indoors on your own 24/7 surely makes you do things you’d thought you’d never try! And I can happily say I’m waltzing out of 2020 with a couple of new skills under my belt.

All this to say that if you’re feeling intimidated, give my garlic butter salmon recipe a try first! It will boost your confidence in making salmon at home, and when you ‘graduate’ from that, this broiled miso ginger salmon is calling your name, you can totally do this!

What do you need to make miso ginger salmon at home?

How to make the best miso ginger salmon and veggies:

How long does it take to broil salmon?

The amount of time it takes to broil salmon will depend on the thickness and weight of your filet. If you’re using a 4-6 ounce filet with a ¾ inch thickness, it will take you in the ballpark of 7-9 minutes. Of course, it also depends on how hot your oven gets on the broil setting. For best results, I suggest preheating the oven on broil for at least 15 minutes before broiling the salmon. 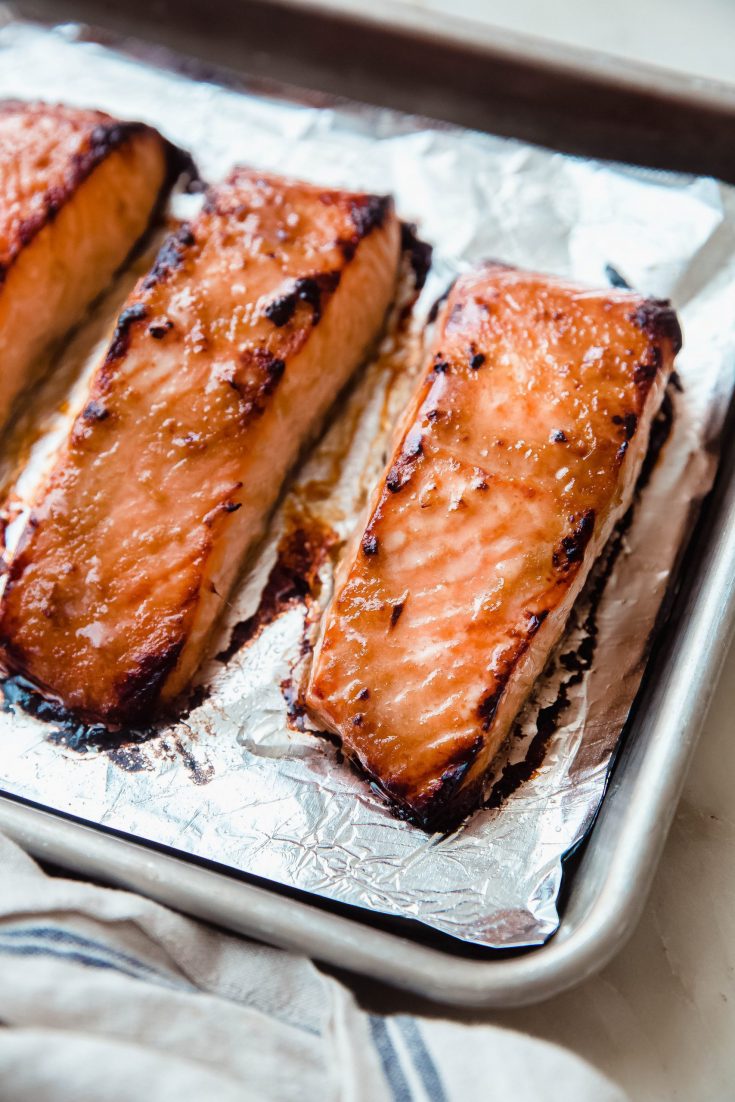