This easy birria recipe can be made on the stovetop or Instant pot! Tenders chunks of seared beef that we’ll stew in onions, chile paste, garlic, and lots of herbs and spices! Then use the birria meat to make quesabirria tacos, birria ramen or serve over rice!

I am especially excited to share todays beef birria recipe with you! I’ve worked on it for what seems like an eternity. Making batches and batches of birria and loading it up in corn tortillas, over rice, and some times, in a bowl with ramen and a soft boiled egg on top.

Let’s not even mention all the birria tacos and birria ramen I gobbled up from my favorite local food truck all in the name of taste testing. Birria de Res is a dish from the state of Jalisco in Mexico and is traditionally made with goat meat. I’m sharing my recipe using beef as it is much easier to find. You can also make this with goat meat if you’d like, but you will have to play around with the cooking times a bit to make sure the meat isn’t over or undercooked.

All this to say, I’ve layered this dish with layers and layers of flavor and I hope you’ll take some time out of your busy week to just relax, put on some music, and make this birria recipe with me! And hey, if you can’t make it slow-paced, I get it, I’ve got pressure cooker instructions too!

How to  make the best homemade birria meat: 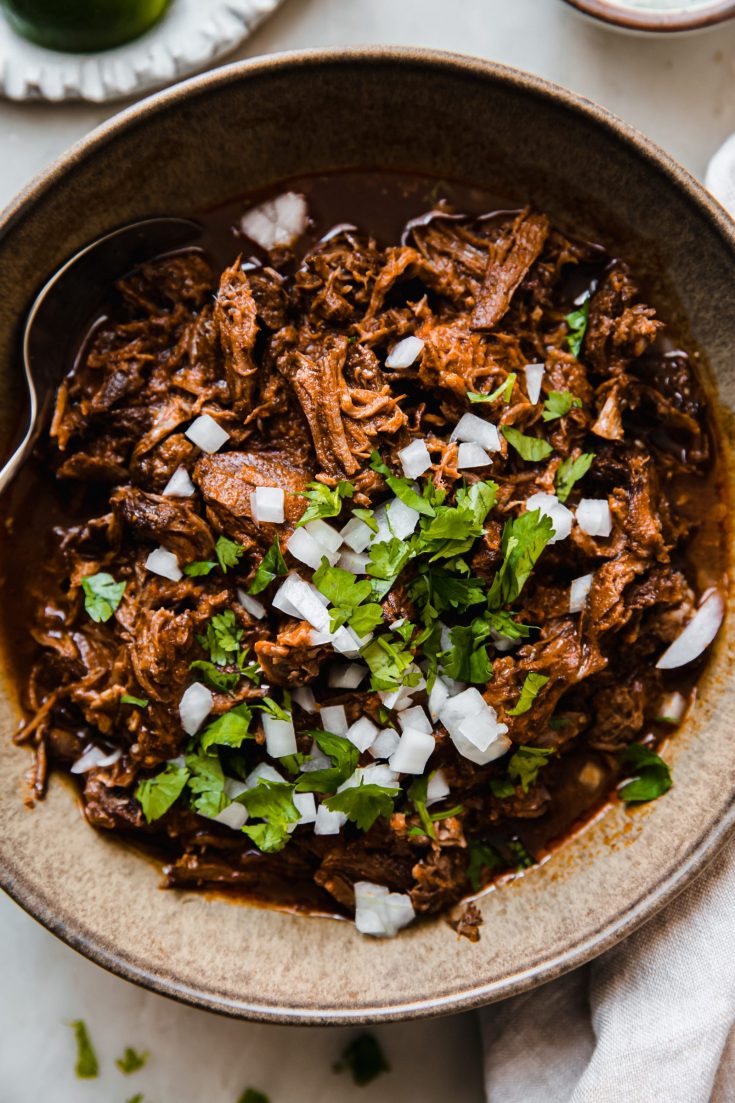